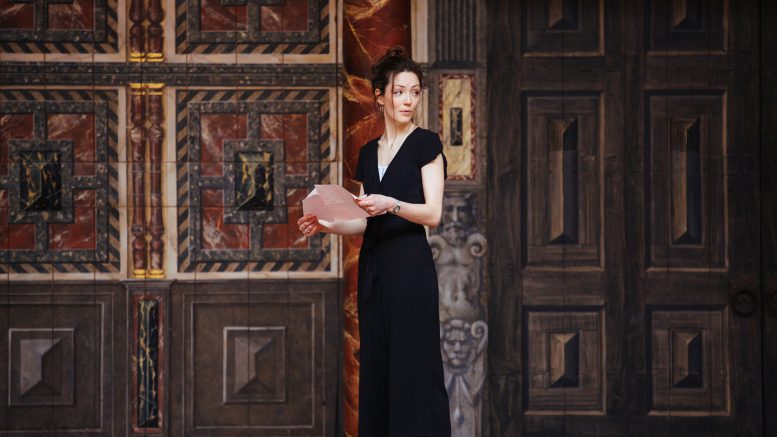 Beckenham resident Zoë McVicker joined some of the other UK’s most promising young acting talent last month to perform in the annual Sam Wanamaker Festival at the Globe.

Zoë, 22, was selected as one of 38 up-and-coming young actors to tread the boards of the world-famous stage on Sunday, March 25.

Students from leading drama schools across the country came together for a weekend of workshops led by the Globe’s resident text, movement and voice practitioners, culminating in a public performance of scenes by Shakespeare and his contemporaries.

Zoë, currently studying at Arts Educational Schools London, performed as Mistress Ford in a scene from The Merry Wives of Windsor by William Shakespeare.

Zoë commented: “Being a part of the Sam Wanamaker festival is unbelievable. Not only are we performing on one of London’s most renowned stages, but it’s a chance to celebrate and share our passion with everyone both performing and watching.”

Previous festival performers who went on to receive worldwide recognition include Andrew Garfield, best known for Hollywood blockbusters such as The Amazing Spiderman, and Michelle Dockery, best-known for her role as Lady Mary in Downton Abbey.