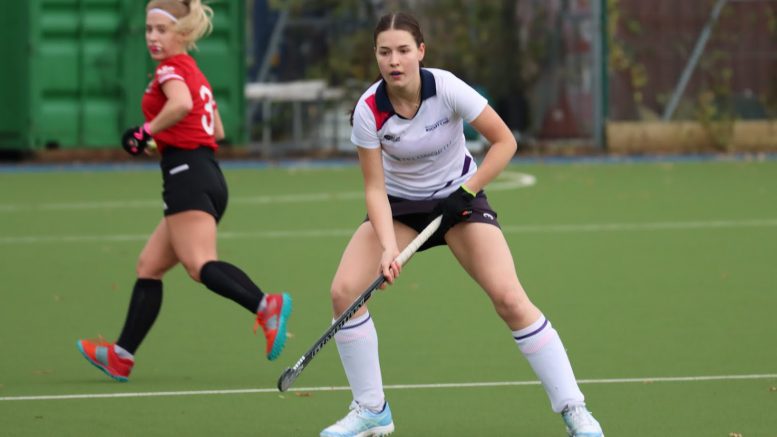 After a month off for the Christmas break, Bromley and Beckenham Ladies teams headed in to the New Year determined to build upon a promising first half of the season.

After a couple of close defeats prior to the break, the 2s have started 2020 with a couple of excellent wins which has seen them create some breathing space between themselves and the bottom two teams.

Firstly a 2-1 home victory against high flying Southend with goals from youngsters Sophie Keppler and Pippa George, which was then followed by a trip to the seaside as they faced the team just below them at the start of the day, Southend & Benfleet. An important ‘6-pointer’ and one that saw BromBeck come away as 3-2 victors, courtesy of an outstanding hattrick by captain, Steph Brennan.

The 3s have continued their fine form with 4-0 and 5-1 victories putting them in 2nd place on goal difference and 10 points ahead of the 3rd placed team.

The 4s also got the year off to a good start, making the long journey to Cliftonville worthwhile with a 2-1 win but then losing by a single goal to Dartford the following week, leaving them in 2nd place at the time of writing.

The 5s got off to a disappointing start with a 2-5 defeat to Sevenoaks and then the following week lost their game to the weather as Meopham’s pitch failed to defrost from a big chill overnight.

The 1s league doesn’t restart for another couple of weeks but in preparation, they played table topping Investec Womens Hockey League Conference West outfit, Surbiton 2s, in a friendly. An excess of mince pies were obviously still on people’s minds as they went 0-3 down in the first 10 mins but fought back well and played some excellent hockey at times to get back in to the game, despite eventually losing 3-5.