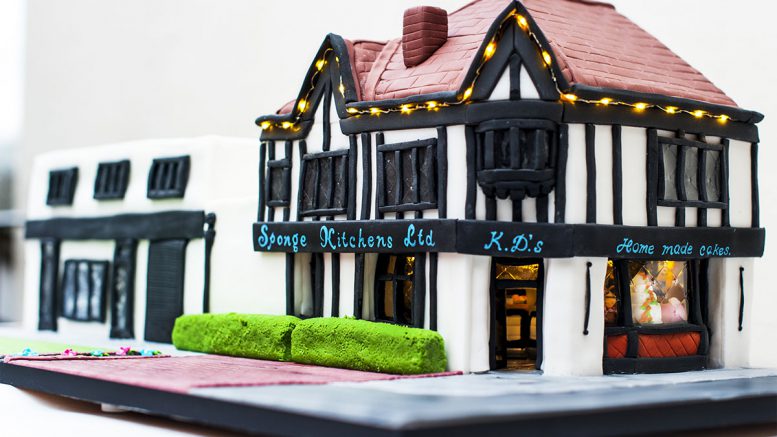 A local family-run bakery in Beckenham is celebrating its 80th anniversary year, unveiling a spectacular cake to mark the occasion.

Sponge Kitchens, which is located on Wickham Road, was founded in 1938, just before the start of the Second World War.

The business now consists of three retail outlets and two craft bakeries across Beckenham, Hayes and Downham and is run by James Stewart, third generation grandson of the founder of Sponge Kitchens.

To commemorate 80 years of serving the community, Sponge Kitchens welcomed Beckenham MP, Bob Stewart, who joined other locals and customers at the bakery to pay tribute to the shop’s 80 years in business and view the unveiling of a spectacular cake designed by award winning head cake designer Zahir of the Sponge Kitchens building itself.

Speaking to News in Beckenham, Bob Stewart MP, said: “Sponge Kitchens not only have been around for a long time but James Stewart, its owner, takes especial responsibility to hire and train local young people. I find this particularly impressive.”

Locals were also treated to some free cakes, a goody bag and vouchers to mark the special occasion.