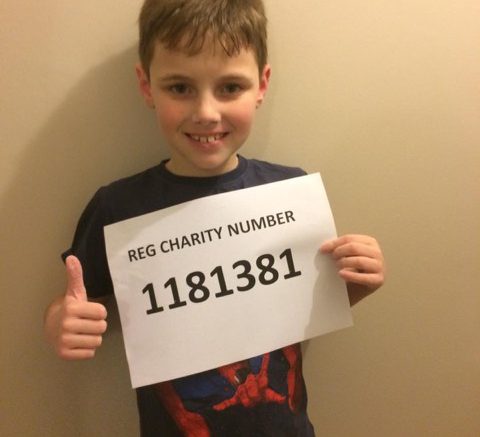 Years of hard work and dedication have finally paid off for a local family who recently received confirmation that their new charity has now been officially registered.

Cystic Fibrosis Supporters is the brainchild of two sisters, Sonia Willgress and Lisa Ellams. Sonia’s son, Luca, was diagnosed with Cystic Fibrosis back in 2009 and, seeing the effect the disorder had on him, the pair decided to do something about it.

Over the years they have helped raise thousands of pounds for the Cystic Fibrosis Trust but when Lisa asked to volunteer in one of the charity’s shops, she was informed that the charity did not have any.

So Lisa and Sonia decided to set up Cystic Fibrosis Supporters and are now on the hunt for premises to set up the charity’s first bricks-and-mortar store. They are also fundraising for the additional £11,000 needed for a deposit.

Lisa told News in Beckenham: Cystic fibrosis Supporters are over the moon to finally have their official charity number. This is a huge step for the charity and the future of Cystic Fibrosis, with a strong board of trustees.

“We are aiming to open the first ever charity shop in England for Cystic Fibrosis and are calling to the community to get this campaign underway for this very unique Bromley born charity.”

The charity runs a number of events throughout the year, including the ever-popular Bromley’s GOT Talent, which is taking place this year on July 13 at Club Langley. The Cystic Fibrosis Supporters team are also seeking celebrities to be part of the judging panel and companies to donate raffle prizes or sponsor the event.