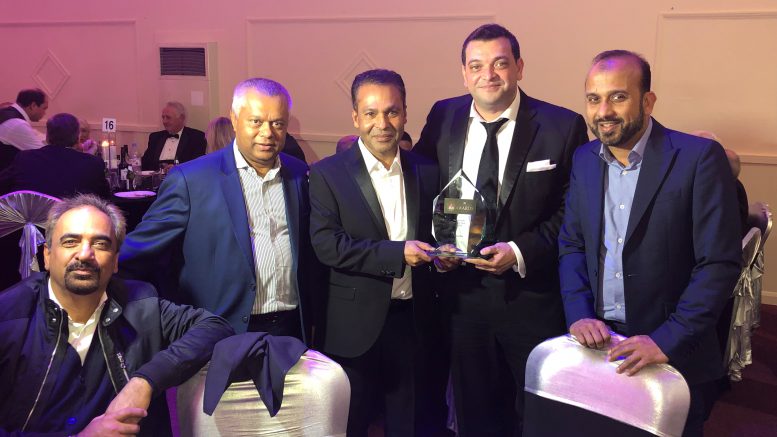 An Indian restaurant in Beckenham is celebrating after winning a prestigious national award.

Chokha, which is located on Bromley Road, was shortlisted for Newcomer of The Year 2018 at the Tommy Miah’s International Indian Chef Awards (TMIICA), and at the award ceremony on November 12 Chokha was fortunate enough to take home the gong.

Inspired by the street food markets of Northern and Southern India, Chokha has been open for less than a year.

Shaf Rahman, spokesperson for Chokha, said: “We opened the restaurant because we felt Beckenham was missing a fine dining experience which we feel people deserve.

“We wouldlike to thank everybody including guests, friends and suppliers who made itpossible for us to win this award and we hope to create many more memories withyou all soon.”

The International Indian Chef of the Year Awards are one of the most importantevents in British Indian cuisine, and Tommy Miah MBE, often known as the ‘CurryKing’ of Britian, is one of the most successful chefs the industry has seen.

Tommy Miah’s International Indian Chef of the Year Competition and Award was established in 1991 and celebrates the very best of restaurant businesses worldwide. The competition honours businesses that have proven themselves as the leaders and exemplars in the competitive curry industry.