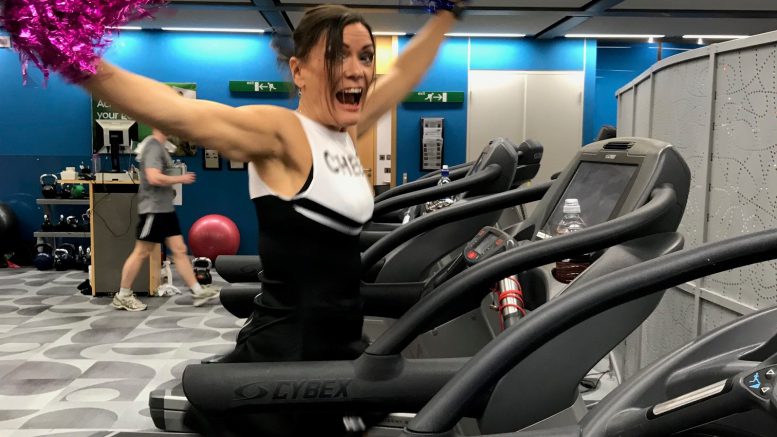 A 51-year-old Beckenham woman is attempting a Guinness World Record at this year’s London Marathon in dedication to her brother who has been battling an incurable form of prostate cancer.

Debbie Ward, of Wickham Road, is attempting to become the fastest female cheerleader to run the 26.2 mile course, with the record currently standing at 3:46:55.

As well as her brother Rob, Debbie is also dedicating her race to Polly Rudgard, a good friend who sadly lost her battle with cancer last year. Debbie is no stranger to the disease, and she has seen many friends and family members affected by it over recent years.

Debbie told News in Beckenham: “In 2012, I lost my boss Emma and my mum Marion to cancer within weeks of each other.  Mum had already beaten breast cancer years previously but was sadly diagnosed with lung cancer a few years later which spread to her brain.

“By the time he was diagnosed, it had already spread to his pelvis. He was just 48. I was devastated, then angry, then hopeful. I had to do something – so I pledged a war on cancer.”

This years’ London Marathon, which takes place on Sunday, April 22, will be Debbie’s fifth. To date she has raised almost £65,000 for Cancer Research UK and is hoping to one day surpass the £100,000 mark.

For her 2018 marathon record attempt Debbie has raised £4,000 so far, with another £1,500 guaranteed once she crosses the finish line.

Debbie added: “The record currently stands at 3:46:55 and although all my marathon times have been in the 3:30s, I have struggled with injuries and illness this year so it will certainly be a challenge.”

“My brother Rob is defying the odds. He has survived incurable cancer for six years. He was told that just 30 per cent of men with his prognosis survive between two and five years.

“His quality of life has been affected but he carries on living life to the full as much as he is able and this is down to the advancement of research and treatment that has been achieved over the years. So I will carry on with my fundraising and work for CRUK for as long as I am able.”

To support Debbie and donate to her cause visit www.justgiving.com/deborah-ward18