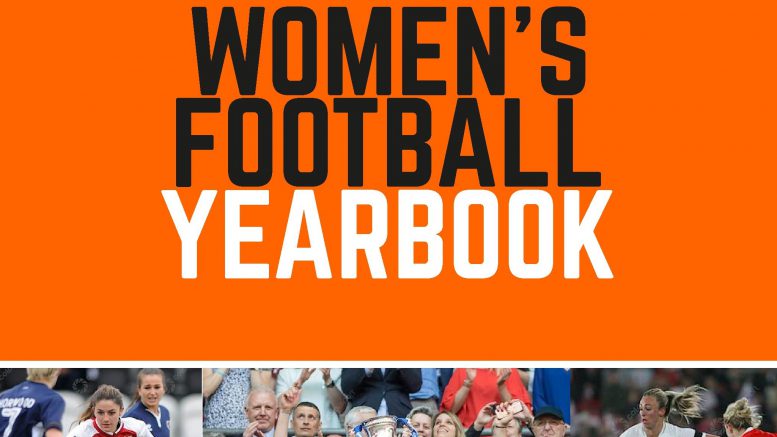 A Beckenham man has launched a women’s football yearbook in what is believed to be the first of its kind in England.

Chris Slegg, who works as a sports journalist at BBC London, created The Women’s Football Yearbook in his spare time after realising that there had been a men’s version since 1970 but no such female equivalent.

Chris said: “Despite having worked as a sports journalist on women’s football since 2003, it struck me that I knew little about the clubs outside of the elite sides like Arsenal and Chelsea.

“I wondered if there had ever been an equivalent for women’s football. I looked into it, and as far as I could tell there never had been. So I immediately enlisted the help of my BBC colleague Tom Garry who specialises in women’s football. We started to put a book together and I began to try to find a publisher. I found one, but a few months down the line they pulled out.

“By that point we had done an awful lot of work which, by virtue of this being a yearbook, would go to waste. So, at considerable cost to ourselves, we self-published.”

After decent sales figures and positive reviews behind them,Chris and Tom approached publishers and were delighted to team up with Legends Publishing for the second edition.

This latest edition went on sale in October 2018, is full colour and now includes even more detail about the teams who play in tiers three and four.

After seeing how, outside of the elite clubs, women’s football is largely held together by the work of volunteers, Chris and Tom will be donating 50 per cent of any royalties we receive to sponsor non-professional players in 2019/20.

Chris told News in Beckenham: “Every sale will help the women’s game grow, and we hope the book will also play its own part in raising the profile of the game and inspiring a new generation of young girls and boys to play and follow football.”

You can order The Women’s Football Yearbook direct from Legends Publishing, or from Amazon.