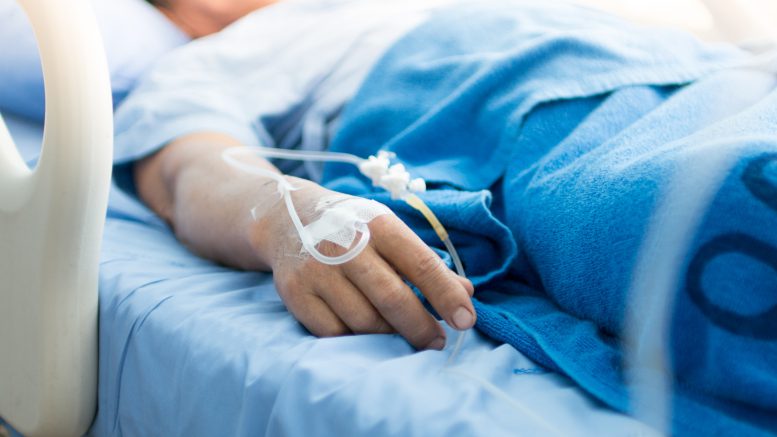 Lewisham and Greenwich NHS Trust is one of the worst NHS trusts in the UK when it comes to waiting times for cancer patients, new figures have revealed.

NHS targets stipulate that 85 per cent of patients should begin cancer treatment within 62 days of an urgent GP referral.

However, recently released NHS data shows that just 73 per cent of cancer patients at Lewisham and Greenwich NHS Trust met the 62 day target in August.

The last time the trust hit the 85 per cent target was in December 2016 and the August figures mean Lewisham and Greenwich NHS Trust ranks 127 out of 135 trusts in England for cancer waiting times.

A Lewisham and Greenwich NHS Trust spokesperson told News in Beckenham: “Meeting the 62 day cancer treatment target is a key priority for the trust. August was a challenging month across the whole of South East London and we are working with the other providers in the region with a joint improvement plan.

“In the next month, we will be increasing our diagnostic capacity significantly at Queen Elizabeth Hospital and University Hospital to enable us to provide more timely treatment for cancer patients. We will also be carrying out a joint recruitment campaign with our partners for new key consultant roles.

“While meeting the 62 day target remains a challenge, we have made significant progress against other cancer targets, such as seeing patients within two weeks of referral.”

The trust also failed to meet the A&E four hour waiting time target of 95 per cent in September. Instead the trust saw 89.9 per cent of patients within the four hour timeframe – although this was slightly up on the UK trust average of 89.7 per cent.

The 2017 report highlighted a number of concerns including “significant shortages of medical, nursing and allied health professional staff in most departments which were having an impact on delivery of care and patient safety”. Also in the maternity and gynaecology departments, inspectors “found the cleanliness of the environment and some equipment to be of a poor standard”.

However, the trust’s community services were rated as outstanding. The trust stated: “The CQC report from its inspection in 2017 acknowledges several areas of good and outstanding practice and highlights many areas where Lewisham and Greenwich NHS Trust has improved since the last trust-wide inspection in 2014.

“However, the report showed that we were still not getting it right for every patient, every time at the time of the inspection – and so we were rated again as ‘Requires Improvement’.

“As a result, we launched a major improvement plan with partners immediately after the CQC inspection in March to address the issues they raised.”