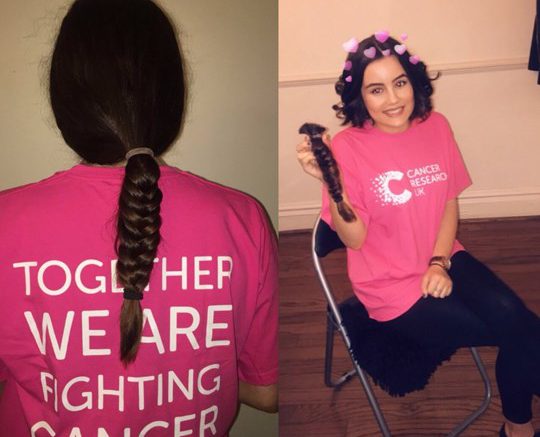 A Beckenham woman who was diagnosed with a rare form of cancer in January and this week lost her job after the company she worked for went into administration, is hoping to raise £10,000 for charity.

Jess Mullins, 20, was admitted to hospital earlier this year and, after numerous scans, was given the sad news that she had Hodgkin’s Lymphoma, an uncommon form of cancer that develops in the lymphatic system – a network of vessels and glands which are spread throughout the body.

Jess, who attended Langley Park School for Girls, also lost her job this week after her employer Toys R Us went into administration.

Posting on her JustGiving page, she said: “The hospital, doctors and nurses have been amazing, and with all the love and support of my family and friends, I will fight through this.

“I’m shortly going to begin my chemotherapy at Guys, which unfortunately means there is a chance I will lose my hair. The positive thing is it’s given me the chance to help other young people who are in a similar situation to me.”

In anticipation of the hair loss Jess had her hair cut into a short bob, which she will donate to the Little Princess Trust – a charity which make wigs for little girls and young adults who lose their hair as a result of treatment.

She is soon to start chemotherapy at Guy’s Hospital and last week had an operation to freeze some of her eggs as there is a high chance the treatment could leave her infertile.

To support Jess and donate to her cause visit https://www.justgiving.com/fundraising/jess-mullins3