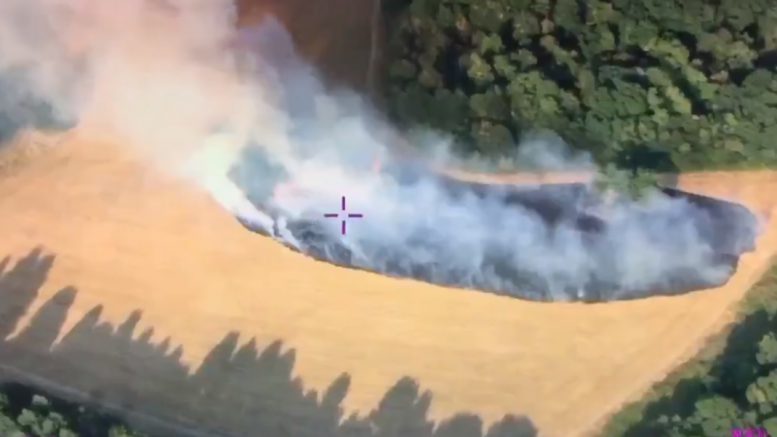 The London Fire Brigade is urging residents to be extra careful when barbecuing in the hot weather conditions following a huge grass fire in Beckenham.

Four fire engines and around 25 firefighters were called to grass alight at a field in Monks Orchard Road, behind Bethlem Royal Hospital, on July 26.

The fire, which raged for almost three hours before being put out, came on the same day that crews tackled five other large grass fires across the city, with significant ones in Hornchurch, Barnet, Walthamstow, Beckton and West Wickham.

A London Fire Brigade spokesperson said: “During the hot weather we are attending a large number of grass fires across London.

“We’re asking the public to take care not to drop cigarettes or matches on dry grass and to keep a very close eye on barbecues. Dropped glass can also start fires as the sun can magnify the sun’s rays.

“Grass fires can quickly spread and cause serious damage, so if you see grass smouldering, please call 999 immediately.”

The fire was spotted by a National Police Air Service helicopter.