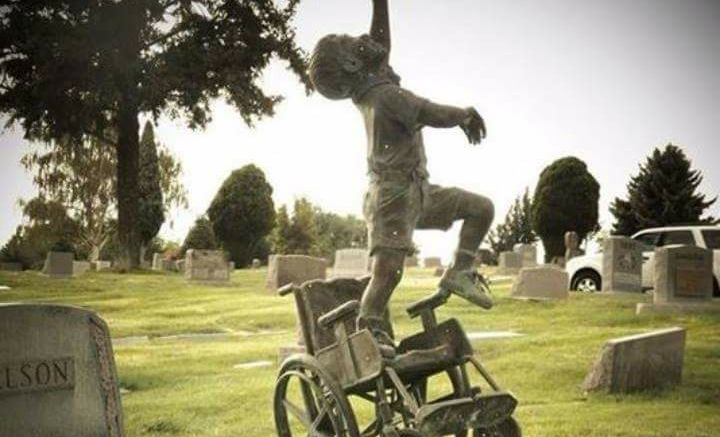 A single mum from Beckenham, whose five-year-old son passed away last year, is raising money for a wheelchair memorial monument in his honour.

Francine Passe-Coutrin, who lives close to Clock House station, lost her young son O’Ryan Simpson, who passed away suddenly in his sleep back in August 2017.

O’Ryan was born prematurely at just 29 weeks and three days and also suffered brain damage and cerebral palsy which affected his muscles and mobility.

Francine is looking to mark the one-year anniversary of O’Ryan’s passing by raising £5,000 in order to erect a memorial monument at his grave called ‘No Wheelchair In Heaven’. Francine had to get special permission from the cemetery for the monument buy was recently given the go-ahead.

Francine told News in Beckenham: “They say a parent should never have to bury their child. Never has a truer word been spoken, believe me. I’m a single mum living with my 11-year-old daughter and it would mean so much for me to be able to have it in place for O’Ryan’s first anniversary.

Francine paid tribute to her son’s determination and strength, adding: “He never complained despite having a lot of different physiotherapy and hydrotherapy. He was always smiling, even on a bad day, and he was determined to do everything other little boys could do like crawling, sitting and walking.”

To donate to Francine’s cause, visit the JustGiving page: https://www.justgiving.com/crowdfunding/francine-passe-coutrin?utm_id=1&utm_term=8xrvGgbyq