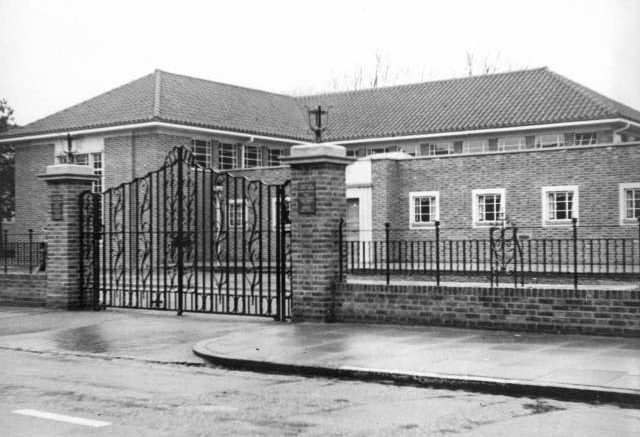 Beckenham Library has been celebrating its historic 80-year anniversary with a range of community events throughout March.

The library, which is situated on Beckenham Road opposite Venue 28, has been serving the local community since March 1939.

To celebrate the milestone, Beckenham Library staff organised a series of community events including school visits, craft sessions, talks, a coffee morning and a quiz.

Pre 1939, residents were obliged to use the services of fee-paying libraries which were locally provided by Boots and Thorntons. In 1930 the Urban District Council was petitioned for the foundation of a Public Library in Beckenham, however, some influential residents managed to block the proposals until the mid-1930s.

In 1937 Mr J.L.Wilson was appointed to oversee the development of a library in Beckenham. Staff were appointed in 1938 and the library was officially opened on Saturday, March 2, 1939.

The library remained open during the war years, virtually undamaged. Post war, the children’s library played host to a play reading group until 1960, when a new venue was found. This became the Beckenham Theatre Centre.

Vanessa Williamson, senior manager at Beckenham Library, told News in Beckenham: “Over time there have of course been many changes but the library remains a central hub for the community, providing activities, advice and knowledge to many generations.

“We look forward to continuing to be part of a thriving town by our commitment to offering the best service we can. It is a great achievement that the library has been serving Beckenham for 80 years.”

Residents have also been paying tribute to Beckenham Library. One such resident, Vicky Spurlong, told News in Beckenham: “I have been using Beckenham Library regularly since I moved here 17 years ago. I am an avid reader and much prefer an actual book as opposed to an e-book. By using the library I am able to indulge in my love of reading for free as often as I wish.

“Our library is a much valued part of our community, I have been to their Baby and Toddler Bounce and Rhyme sessions, my children have taken part in the annual Summer Reading Challenge and they know it is the place to go for information when given a school project. As a family we would be lost without our local library.”

Kirsten Charlotte Medder, added: I go most Saturdays with my children, and the children’s area is usually teeming with parents and children. It’s an awesome library. The librarians are brilliant and all the different clubs they do for the children are wonderful. We’re very grateful to have it.”

Fellow resident, Mandy Coward, said: “I began taking my daughter when she was about seven months for Bounce and Rhyme sessions which we both loved. Then we would go regularly to read and share books. We both love the library and find it invaluable.”

Beckenham Library is open from 9.30am to 6pm on Monday, Tuesday and Friday; 9.30am to 8pm on Wednesday and 9.30am to 5pm on Saturday. The library is closed on Thursdays and Sundays. As well as a broad range of books, the library offers free PC access with scanner, printing and photocopying services and study spaces. For more information or to become a member email Beckenham.library@gll.org.