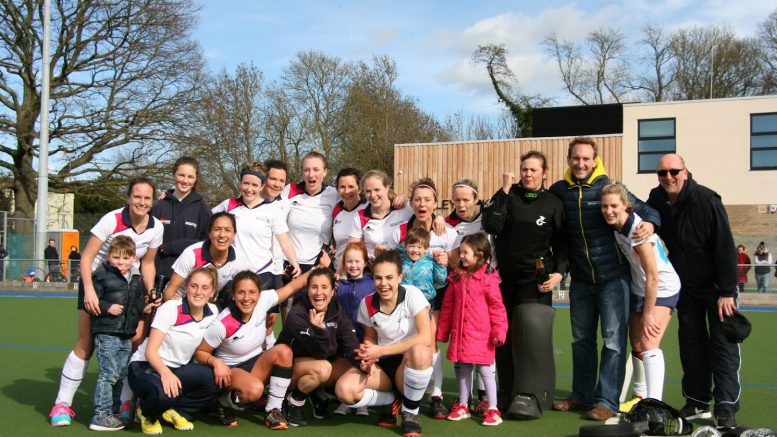 Bromley and Beckenham Ladies 1s have been crowned champions of East Premier hockey league with three games still to play.

Having secured promotion two weeks prior, a 5-1 victory at home to Harleston Magpies saw them take the title in front of a large crowd.

A huge achievement by all the players involved throughout the season, with special credit going to coach, Mark Robinson, in his first season in charge.

With the men’s 1s securing promotion on the same day, it will be fantastic to welcome National League hockey back to the club next season for both sections.

Whilst the 3s have continued to struggle, their fighting spirit has been immense, losing by just one or two goals in the majority of their games.

The 2s, 4s and 5s are all looking to finish strongly in their remaining couple of games with a finish in the top half of their respective tables a possibility for all.

The Ladies O35s had an excellent run in the National Cup, beating Jersey on penalty strokes in the last 16 to get through to the Quarter-Finals. Here though they faced a very strong St Albans side and despite their best efforts, ended up losing 0-2.

Players from all the ladies’ sides were involved in this cup run, which was fantastic to see and enjoyed by all.