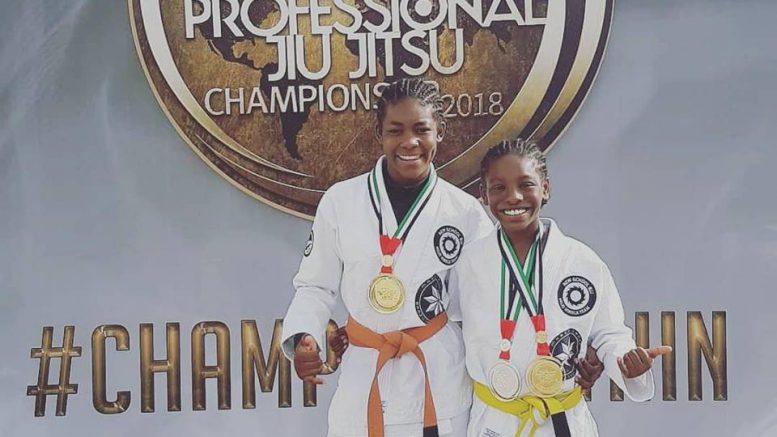 Eleven-year-old Zuri Blackman and 14-year-old Nia Blackman both took home gold at the UAEJF World Youth Jiu Jitsu Championships in Abu Dhabi which took place over Easter. The girls were the only female representatives from the UK at the tournament.

Their mother, Sherise Blackman, told News in Beckenham: “Jiu Jitsu has made them calm and confident individuals, they know they can protect themselves if they have to. It has taught them that if they work and train hard enough, believe in themselves and stay focused they can achieve anything.

“We are all extremely proud and grateful that they have found something they love to do and they inspire us with their passion and attitude toward the sport. It’s such a blessing to witness. This mindset they now have has spread to how they tackle school work and exams.

“I would encourage every parent to get their child involved in martial arts or any competitive sport it does so much for their confidence and self-belief. Jiu Jitsu has helped our children navigate through the tricky adolescent times and we are so grateful.”

This was the very first outing at the junior championships for Zuri and the second for Nia, who took home silver last year.

Not to be outdone, Sherise’s son, Amar, who is just eight years of age, became British Champion on Saturday, May 12 after competing in the BJJ British Open at the Skydome in Coventry.