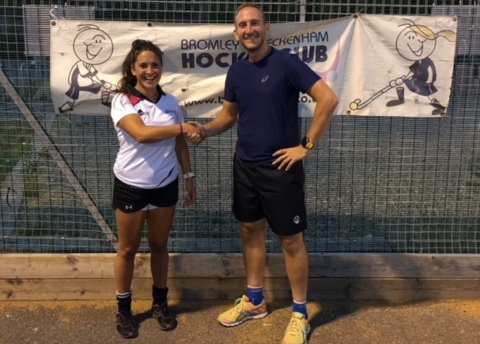 Bromley and Beckenham Hockey Club’s ladies have been training and playing hard over the past couple of weeks, starting with their Club Day on September, 1 which was a great success.

Open to new and existing members, three teams were fielded against local opposition with both the 2s/3s and 4s/5s playing well to beat their Burnt Ash counterparts and the 1s starting with a defeat to a strong Spencer side.

The 1s were then unfortunate to lose 0-1 to Tulse Hill & Dulwich with an excellent performance in a midweek friendly before going to a weekend tournament in Chelmsford where they finally got reward for their hard work with three wins out of four against tough opposition.

At the same time, the 2s/3s and 4s/5s both lost narrowly to Blackheath but are looking to bounce straight back this weekend as league games start for the 3s, 4s and 5s and the 1s and 2s travel to Brighton for their final friendlies before league hockey starts the following week.

Both the ladies head coach, Mark Robinson, and club coach, Chris Blaney, have been putting the ladies through the paces and with lots of promising juniors coming through the ranks and being well supported by the more experienced members, the future looks bright for a positive season ahead.