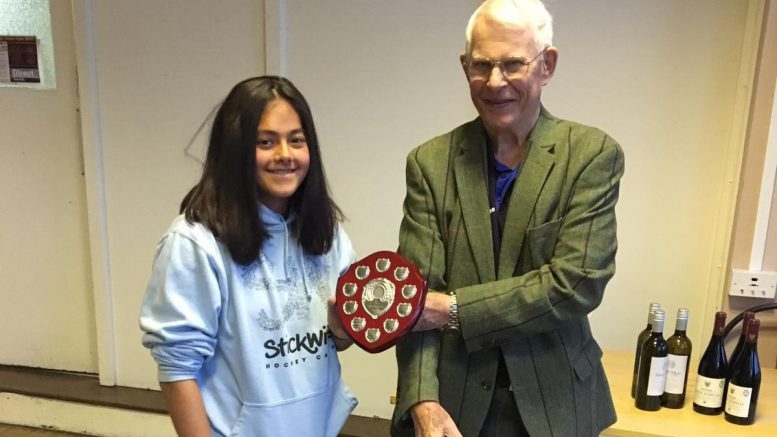 After a month without any hockey, things are started to ramp up again with the commencement of our mixed summer league – this is open to both current and new members.

After great success the last two summers, our popular ladies ‘Back to Hockey’ sessions have now resumed. These take place on a Friday evening at Langley Park Girls School and are open to anyone who fancies picking up a stick and giving it a go – whether you’ve never played before, haven’t played since school, injury or having children – whatever your reason, you’ll be very welcome.

Off the pitch we held our Ladies Section Awards Night at the club and it was great to see an excellent turnout across all teams.

It was good to see winners from the junior section right through to the more ‘experienced’ players with U16s Evie Prentice and Suraiya Sacoor taking home Most Improved and Top Goal Scorer for the 5s.

Stalwart for the 3s, Laura Skinner, took home Players’ Player with junior, Alice Gigney getting Most Improved. There was double success for U16 player Ruby Whitley as she picked up the 3s Top Goal Scorer award as well as the Tony Wilkinson Award for Junior of The Season, having started the season in the 4s before finishing strongly in the 2s and scoring a hat-trick on her debut.

All of the 2s awards went to U18s with Alice Prentice not to be outdone by her younger sister and getting Players’ Player, Frankie Doswell Top Goal Scorer and Jas Hoad the Most Improved.

Finally for the 1s there was an Argentinian double act as Flor Zappulla won Player of the Season and Lola Pastrana got Top Goal Scorer. The final two awards showed that ‘class is permanent’ with Sophie Couldrey picking up both the Players’ Player Award and the coach’s inaugural ‘Jo Alice Award’ after four seasons away from the game to have children.