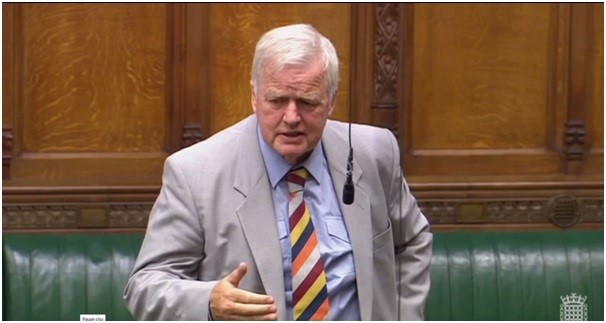 Whoever becomes Prime Minister by the end of July now has to deliver on the promise made to the electorate to leave the European Union on or before October 31 with or without a deal. There can be no ‘ifs’ or ‘buts’ on this matter, such as a second referendum (which would solve nothing) or a further extension to which the European Union has said no.

So the job of the government and Parliament is to get on with it without further delay. I would remind everyone that it was not just the Conservative Manifesto at the last election which promised to leave the European Union but also every Labour MP was elected on that mandate.

I want a deal by October 31 and time is short. We rapidly need a new approach and one agreed by Parliament which we then present to the European Union as our plan not their plan.

I think a new plan agreed by Parliament is doable. The biggest obstacle seems to be the Irish border. I think that this can be fixed using systems like ‘Trusted Trader’ and ‘Pre-registration’ schemes. In the short term and pragmatically things could continue as they are. Nobody wants a hard border and as someone who ran a border crossing point at Auchnacloy in South Tyrone for two years in 1982-83 when I was in the army, I see no reason for it at all

The new plan should include recovering control of our borders, agriculture, fisheries as well as immigration and trade agreements which could be agreed and adopted sensibly in the following months. Many of these issues have been widely discussed and largely agreed with the European Union already and ways ahead have been agreed in principle.

We must be absolutely resolute though. If no deal is done we will leave anyway. We have been mad to take a no deal off the table (I did not) and it is now very much more a possibility as October 31 looms. Perhaps in consequence we are already seeing movement in statements made by European leaders (who are being replaced anyway). It seems to me that the Brussels positions are not so set in stone as widely thought.

We must get Brexit resolved and quickly so that politicians can concentrate on matters that require our urgent attention such as NHS, social care, terrorism, the re-emergence of the Russian threat as well as education.