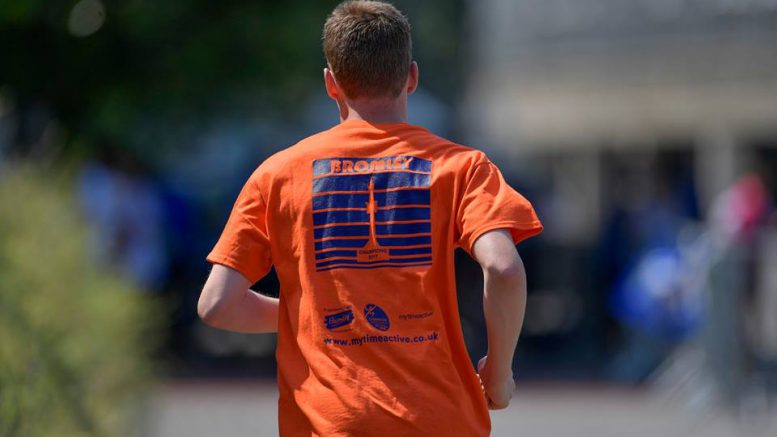 Another outstanding performance from Team Bromley saw them win the London Youth Games for the third consecutive year following a dramatic and hard-fought final day of competition.

The London Youth Games is the largest youth sports festival in Europe, where competitors take part in 30 different sports.

After nine months of intense competition, the Bromley team went into the finals weekend at Crystal Palace National Sports Centre on July 7 in second place. After a strong showing on the Saturday, the team entered the final day level on points with Hackney.

Susana Tavares, sports and events manager at Mytime Active, the social enterprise which helped to organise the teams for Bromley, said: “Everyone worked really hard; the boys and girls were fantastic. The wonderful work team managers do is valuable and really comes through in the results achieved.

“The 2018 edition started really well with podium results in the Cross Country, Cricket and Para Games Boccia events. Competition was fierce, we had great opposition, and it was great to see our boys and girls focus despite the pressure and pull through in the end.

“The London Youth Games provides us with a great opportunity to engage with voluntary sports clubs and schools from across the borough to enter their young people into a London-wide competition. It provides a fantastic platform to showcase young people in a positive light and profile the breadth of sporting talent in the borough.”

Steve Pratt, Bromley squash team leader, added: “I’m really happy with the girl’s results, getting gold, that’s the first time they’ve ever done it. Three of them have been doing it for a few years so they’ve got closer and closer, last year they were finalists so for them to finally get a win is really good for them.”

The games, which culminate in the annual finals weekend in Crystal Palace each July, have helped nurture and mature some of England’s greatest sporting stars including Rio Ferdinand, Linford Christie, Mo Farah and many more.

Jon Hughes, CEO of the London Youth Games, said: “This year’s London Youth Games and our finals weekend, which saw over 6,000 competitors take part, have yet again showcased the positive impact sport has on the lives of young people from communities across our city. I want to congratulate everyone who took part.

“It was also significant as we passed 1.5 million competitors since the games first started 41 years ago. This really underlines the scale of the event and the importance of it being able to continue in its current form so future generations can take part in the same numbers.