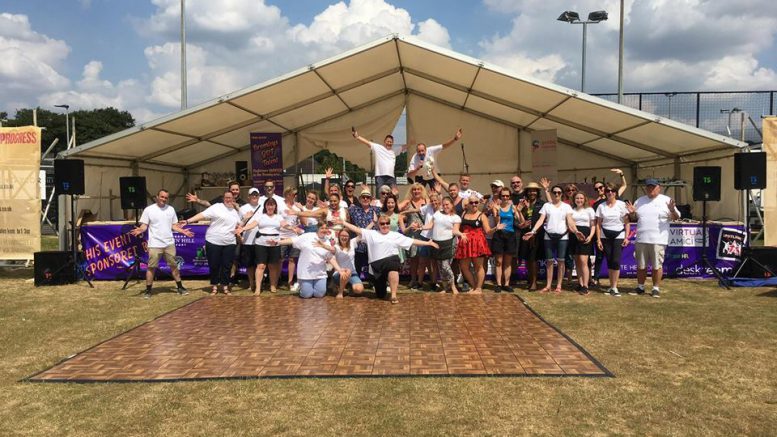 More than a thousand local residents descended on the grounds of Club Langley on a hot Saturday afternoon for Bromley’s GOT Talent – an annual event which this year saw a record £7,000 raised for charity.

All proceeds from the day went to Cystic Fibrosis Supporters, the charity set up by Bromley’s GOT Talent founder Lisa Ellams.

Last year’s event raised £3,800 and this year saw that figure almost double with donations still pouring in. Cystic Fibrosis Supporters is raising funds in an effort to open a charity shop locally.

Event-goers were treated to a day of glorious weather, a range of food and drinks stalls and some high-quality performances in the talent contest.

There were three categories in the talent show (Under 10s, teenagers and adults) and performers were scored by a celebrity judging panel which included Bianca Nicholas of Eurovision fame, who herself suffers from Cystic Fibrosis; Stephen Goldsmith, a Master Craftsman and Polisher who has worked on most of the world’s major trophies including the Premier League, Wimbledon and the Ryder Cup; and DJ Sarah LP from Select Radio.

There were some fantastic performances across all the categories. The Under 10s winner was Paige Bull, Charlie won the teenage category and Barnaby Harrison came up trumps for the adults.

Lisa told News in Beckenham: “We thought the day was amazing, trying to explain the lovely happy vibe to everyone can be difficult. We had lots of new faces and they hopefully will return with their friends and family next year.”

“The owners of Club Langley have been superstars, from the start they really helped with every element. The main sponsors Colin Hitchens of Biggin Hill Airport and Louise Mckintosh of Printing Progress deserve lots of credit and the local business for their full support and sponsorship money to get this amazing community event up and running in a new venue.”