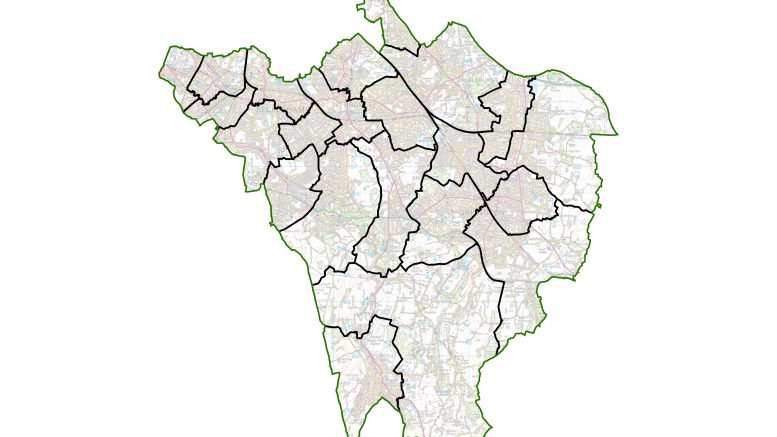 A new political map for Bromley, which will see residents represented by two fewer councillors than before as well as a change to all the borough’s ward boundaries, is a step closer to reality following a public consultation.

The Local Government Boundary Commission published its final recommendations for changes in Bromley, which stated that residents should be represented by 58 councillors, rather than the 60 as is currently the case.

Parliament still must approve the changes but, if it does, the new arrangements will apply for the 2022 council elections.

The Local Government Boundary Commission (LGBC) is the independent body that draws ward boundaries. It has reviewed Bromley Council to “make sure councillors will represent about the same number of electors, and that ward arrangements will help the council work effectively”.

Publishing the recommendations Colin Mellors, chair of the commission, said: “We are very grateful to people in Bromley. We looked at all the views they gave us. They helped us improve our earlier proposals. We believe the new arrangements will guarantee electoral fairness while maintaining local ties.”

Local residents and organisations made a total of 665 comments to help decide the new wards. Changes in response to what local people said include:

More details of the changes can be found on the LGBC website at https://www.lgbce.org.uk/current-reviews/greater-london/bromley.