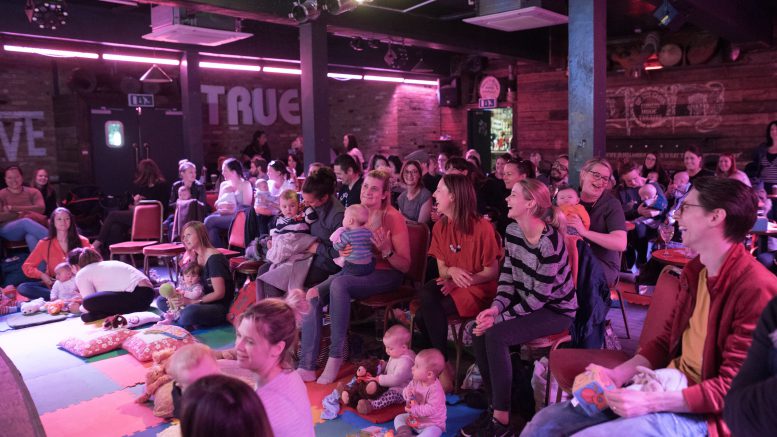 A comedy club aimed at parents who have babies or young children is running virtual comedy shows for Beckenham residents during the coronavirus lockdown.

The ever-popular Bring Your Own Baby (BYOB) Comedy club has announced that it is running its ‘Lockdown Laughs 4 Parents’ virtual comedy shows every Thursday.

Carly Smallman and Alyssa Kyria, who run BYOB Comedy, said: “Mums and dads all over the UK are on lockdown with their children, and we think that they need a laugh! So Bring Your Own Baby Comedy are bringing the laughs to them, live on Youtube and Facebook, every Thursday at 8.30pm.”

The comedy shows, which began on April 9, will feature some of the best performers from the comedy circuit and TV who will be performing live from their own homes.

The award-winning BYOB Comedy shows will be streamed liv at 8.30pm, so parents with children of all ages can tune in after the kids have gone to bed.  The interactive shows will include live comments, shout-outs, and audience participation.

BYOB Comedy was conceived by best friends and professional comedians Carly Smallman and Alyssa Kyria just over three years ago.

After new mum Alyssa suffered with post-natal depression following the birth of her daughter, the pair decided to help other local parents by starting a daytime comedy club in the function room above their local pub. The shows were so popular that they now host them at 20 venues across London and the home counties.

For more information you can visit the BYOB Comedy website at: www.byobcomedy.com