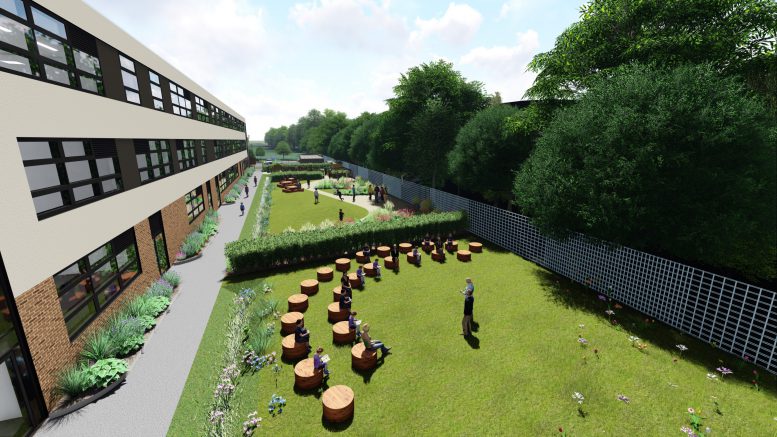 A number of residents living near the new Eden Park High School site have expressed concerns over plans to cut down more than 20 mature trees.

The school plans include two 2/3 storey buildings which will eventually house up to 1,680 pupils, as well as a sports hall, playing fields and multi-use games area. New car parking, cycle parking, flood lighting, pedestrian and vehicular accesses and storage facilities are also proposed.

An arboricultural impact assessment, conducted by consultancy firm Hayden’s, found that in addition to the trees which require felling irrespective of development – of which there are 12 – nine additional trees would need to be cut down in order to achieve the proposed layout.

Local residents have expressed a range of concerns regarding the proposals including flood risks, light pollution, privacy and the destruction of wildlife habitats.

Nigel Davis, of Upper Elmers End Road, said: I object to the felling of the mature lime trees on the western edge of the site to accommodate the proposed development. The plan, as proposed, is to fell them simply to fit an undersized football pitch onto the school site.

“The trees have a considerable local ecological benefit. They act as a barrier to the proposed site and if they are felled the outlook from these properties would be compromised. They help protect against local flooding and local air pollution and are a haven for wildlife. Given that under the current plans it would not be possible to plant other vegetation at the end of the proposed small pitches, the attitude of the developers is incredibly short-sighted. The plans should be changed to allow these trees to be retained.”

Sean Richings, of Beck Lane, added: “The ecological damage this will cause to the local birds is immeasurable. Pollution in the area is already bad with it set to rocket when the school opens with all the traffic issues.”

Fellow Upper Elmers End Road resident, Stephen Street, commented: “My main concern for objection is not the school development ,but the lack of guarantee for privacy for myself and my neighbours. I want to see the Lime trees, that are mature trees, retained as a green barrier.”

The school opened back in August 2017 with almost 200 Year 7 students. This number will grow annually until the school reaches full capacity at 1,680.