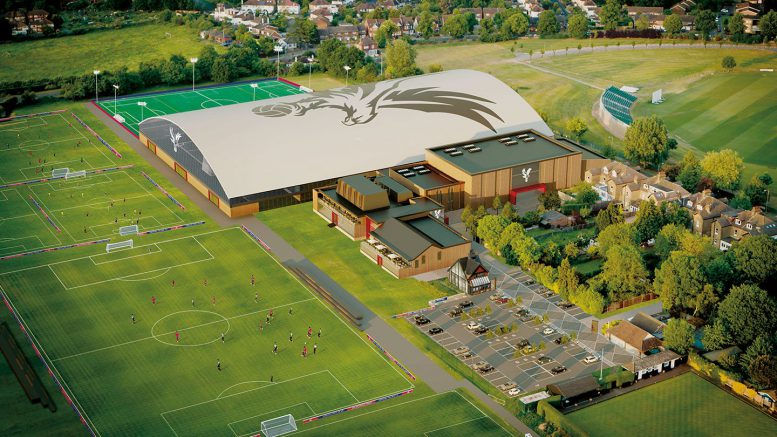 Crystal Palace FC has revealed ambitious plans to develop its Academy site in Beckenham in an attempt to secure Category 1 status in time for next season.

In December last year the club secured a long-term lease for the site on Copers Cope Road, which lies opposite the first-team training facility. The Academy operates primarily out of this main site, but relies heavily on nearby facilities to meet increasing demand.

The new plans include major expansion and enhancement of the football facilities including a full-size covered pitch for all-weather use, a full-size DESSO main pitch (a hybrid grass surface composed of natural grass combined with artificial fibres) with under soil heating and the creation of six additional pitches of varying sizes for different age groups

Great importance has also been placed on improving welfare facilities for the club’s young players. Additional proposals include new educational facilities, with the creation of up to five classrooms, lecture rooms and meeting spaces, and up to eight tutors will be employed to ensure players receive education on site.

There are also plans to expand the wider player-care provision, providing enhanced physical and mental support – including the employment of a full-time psychologist. A new medical treatment, rehabilitation, and sports science facility will also be built.

The club presented its plans earlier this month to local residents, prior to submitting a planning application to Bromley Council. If planning permission is granted, the club intend to begin works in the new year.

Wilfried Zaha, Aaron Wan-Bissaka and current England manager Gareth Southgate are among a number of high-profile stars to come through the Academy.

Crystal Palace chairman, Steve Parish, said: “I am extremely proud and excited to share these plans, which are of critical importance to help ensure our future as an established Premier League football club. We have a proud, rich history of nurturing exceptional young footballers, and we must ensure that the best young players are playing here and developing their careers at Crystal Palace.

“Securing Category 1 status for our Academy is imperative for us to be competitive in attracting the very best young players, and there is an abundance of raw footballing talent in south London.”