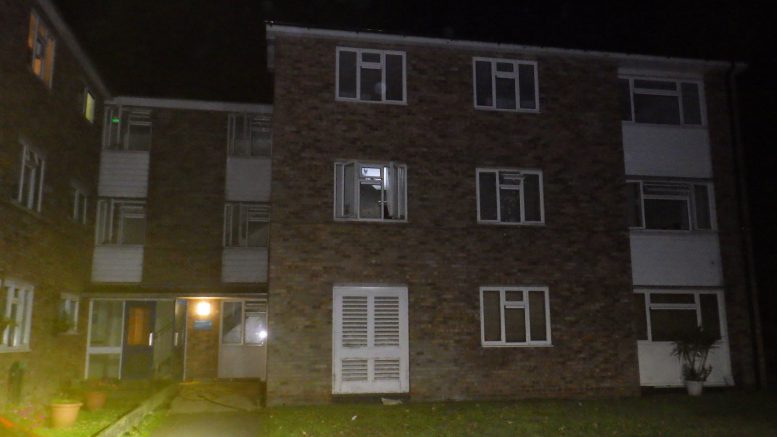 Vital fire survival guidance helped to safely rescue two adults and a dog from a flat fire in Beckenham recently.

A man and woman were unable to escape from their flat on Ringwold Close due to the blaze and after calling 999 were given fire survival information by control officers that advised them to remain inside the room and that firefighters were on their way.

Firefighters also rescued a dog from the flat. The two people were suffering from smoke inhalation and taken to hospital by London Ambulance Service crews.

Beckenham watch manager, Shane Samways, said: “We were given information by control while we were on our way to the scene which meant we knew exactly where the residents were inside the property. Firefighters acted quickly to extinguish the fire and rescue the people inside.

“We used fire escape hoods to help evacuate people through the smoke. The hoods will provide members of the public with up to 15 minutes protection from four of the main fire gases (carbon monoxide, hydrogen cyanide, hydrogen chloride and acrolein).”

Fire crews from Beckenham, Forest Hill and Woodside fire stations were at the scene. The cause of the fire, which occured in the early hours of August 20, is under investigation by the police.