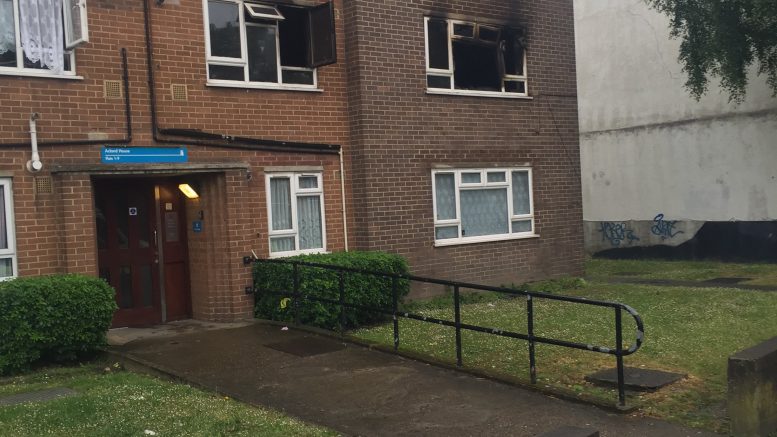 Brave firefighters rescued 11 people from a fire at a three-storey block of flats in Beckenham earlier this month.

A three roomed flat on the first floor of the Beckenham Road building was completely destroyed by the fire, which took place on the cause of which is still so far unknown.

Fire escape hoods provide members of the public with up to 15 minutes protection from four of the main fire gases (carbon monoxide, hydrogen cyanide, hydrogen chloride and acrolein) and can be worn by conscious or unconscious people.

If more than 15 minutes protection is required then another hood can be given to each wearer. They do not provide oxygen but temporarily filter toxic smoke to make breathing easier.

Station manager Nathan Hobson, who was at the scene, said: “When firefighters arrived, it was a fully developed fire and crews worked hard to bring it under control.

“Crews carried out multiple rescues from different parts of the building.”

The Brigade was called at 1.30am and the fire was under control by 3.44am. Six fire engines and around 40 firefighters from Beckenham, Woodside, Bromley and West Norwood fire stations attended.