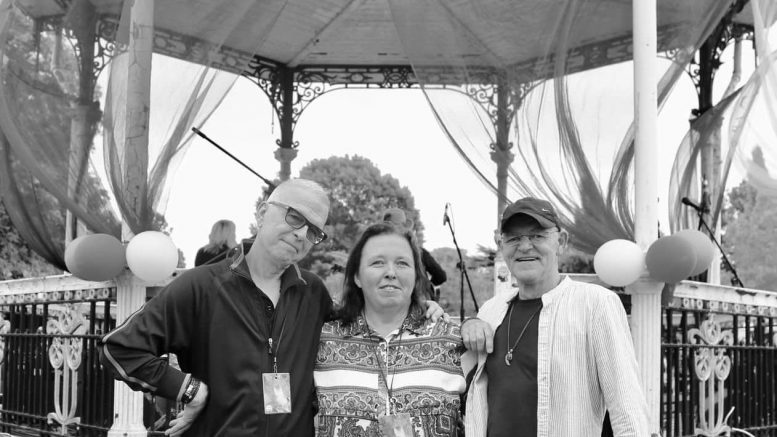 A grant application for up to £89,000 to restore the Bowie Bandstand in Croydon Road Recreation Ground has been rejected.

Woking in partnership with the Friends of Croydon Road Recreation Ground, Bromley Council submitted an application for funds to the Heritage Lottery Fund but saw their application rejected.

So far more than £70,000 has already been raised, made up primarily from money collected at concerts, inscribed bricks for the proposed circular pathway and collection tins.

Despite the setback, fundraising will continue for the project which is estimated to cost in the region of £245,000. The Bowie Beckenham Oddity festival will take place on Saturday, August 17 this year with proceeds from the event going towards the fundraising effort.

The Friends of Croydon Road Recreation Ground have said they aim to tender for the works towards the end of this year.

The iconic Edwardian bandstand is where David Bowie and friends from the Beckenham Arts Lab held the UK’s first Free Festival – The Growth Summer Festival – on August 16, 49 years ago. The festival coincided with the release of Bowie’s first hit single Space Oddity and the day was later immortalised with another Bowie single release, Memory Of A Free Festival.

A specialist structural survey carried out November 2013 identified that the condition of the bandstand was deteriorating. Significant repair works are needed to prevent further decline, which could ultimately result in removal the asset if not remedied.

The restoration project will not only refurbish the existing bandstand but also include the purchase of temporary staging and installation of a suitable flat base which have been incorporated into the design to maximise the space on offer and increase the variety and number of groups using the bandstand.

A previous grant application in 2015 was unsuccessful but following a community consultation which demonstrated “significant local support” for the restoration activities, the council decided to aubmit a second application.

Wendy Faulkner, who runs the Bowie Beckenham Oddity festival, told News in Beckenham: “This is the second Heritage Lottery Fund application for the Bowie Bandstand that has sadly failed which is frustrating especially for those out there that have donated to the fund and of course those of us that have been fundraising for the project.

“There is an end in sight and hopefully after this year’s fundraiser we’ll be a step closer to the work finally being started. This year will be the 50th anniversary of the original Growth Summer Festival that David Bowie co-organised in 1969 and will see some of the performers from the original event back at the bandstand.

“It is a shame that work hasn’t been started sooner on such an iconic bandstand, the years of neglect have taken their toll and is in desperate need of restoration. Tony Visconti , Bowie’s record producer and long time friend has given the bandstand the nickname Lazarus, let’s hope it’s restored back to life and soon.”