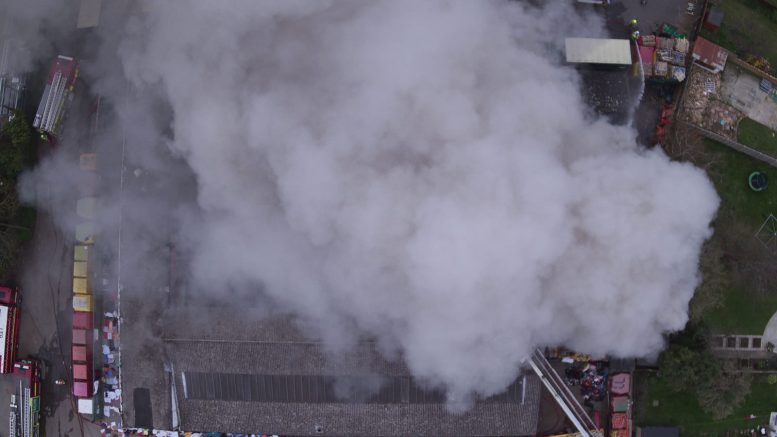 A total of twelve fire engines and around 80 firefighters were called to a huge fire at a Beckenham textile warehouse last month.

The firefighters tackled the blaze, which was first reported around 8.30am on March 27 at the single-storey warehouse on Cricket Lane.

It took firefighters almost seven hours to get the fire under control.

Around 30 people left the building before fire crews arrived and the cause of the fire is not yet known at this stage.

A London Fire Brigade spokesperson said: “When firefighters arrived they were faced with a large fire in a warehouse. A large quantity of clothing was alight and the fire had spread to the roof of the building.”