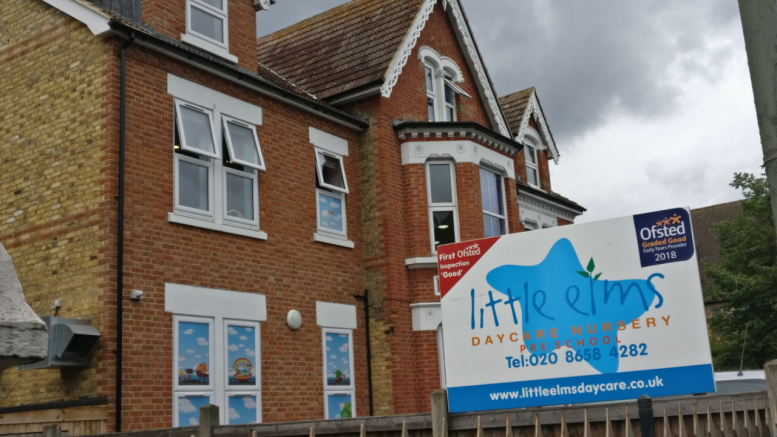 A Beckenham nursery has seen a remarkable turnaround after its Ofsted rating rose from ‘Requires Improvement’ to ‘Good’ in less than 12 months.

Little Elms Daycare, located on Beckenham Road, was originally downgraded to ‘Requires Improvement’ in July last year after Ofsted received a complaint regarding concerns that children were not being supervised well in one of the play rooms.

An unannounced inspection found that although “staff in this room are not consistently monitoring children’s progress and do not always communicate well with parents…. generally, throughout the rest of the nursery, there is an effective key person system”. The nursery was subsequently downgraded.

However, in a follow up inspection in April this year the nursery was upgraded once again to ‘Good’, after implementing a range of improvement measures.

Claire Povey, Little Elms area manager, told News in Beckenham: “The entire staff team were devastated on receiving a ‘Requires Improvement’. The entire time of Little Elms Beckenham being opened, we had only ever received ‘Good’ gradings.

“The directors had previously introduced an ‘incentive bonus’ for all staff and Perkbox to retain staff and ensure they had a nice working environment as we recognise we are only as good as our staff team. We held meetings with the entire team to discuss the improvements and set action plans.

“We had an unannounced re-inspection from Ofsted in April 2018 and received a ‘Good’ judgement, much to the delight of the whole staff team. It was through the dedication and sheer hard work of the manager and staff that made this possible in a relatively short amount of time.”

The 2018 inspection report stated that: “The actions from the previous inspection are met, which supports consistent self-evaluation and improved teaching practice.

“Children have established good relationships with staff, who are caring and affectionate towards them.”

Little Elms Daycare Beckenham 1, as it is also known, is one of nine nurseries owned and operated by the same private provider. The provider also runs another Beckenham nursery, across the road and next to the Spa leisure centre which is also currently rated as ‘Good’.