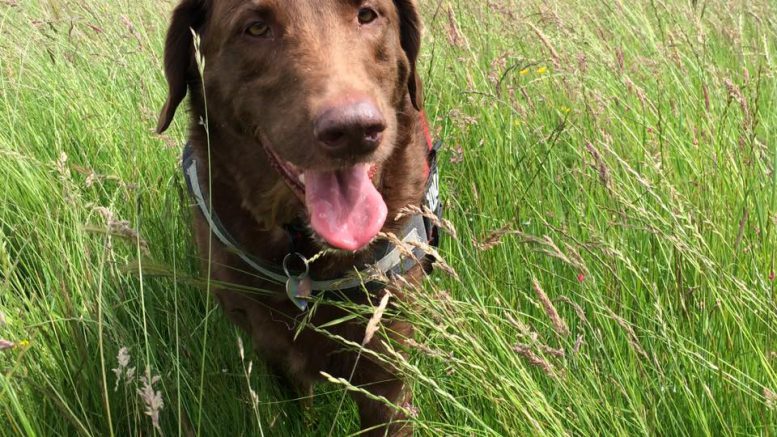 A local dog walker has set up a petition calling on Network Rail to repair a hole in a track-side fence after a dog wandered onto the railway lines at Beckenham Place Park and died.

Last month local resident Jill Carter found the body of her dog, Frida, who had been electrocuted after running onto the tracks at Ravensbourne Station. Jill says she remains unclear how her dog got there.

A petition, which was set up by local man Paul Beckwith, calls on Network Rail to fix the fence and has so far gathered almost 400 signatures. Paul says that this is the third such incident within the past year alone.

Paul told News in Beckenham: “It’s heart breaking to hear about one of our dogs losing its life. Death is a natural part of life, but when that death is unnatural, easily preventable, and caused by repeated negligence then you can’t help but feel angry.

“What makes it even worse is when you realise that the same thing keeps happening again and again without anything being done to prevent it by those that easily can.

“In the past year three dogs have been killed on the railway tracks that run through the park. We’ve also had one non-fatal electrocution, and incidents where owners have had to climb the railway fences to rescue their dogs.”

However, for their part Network Rail say they have since inspected the fence and found no evidence of a fault.

A company spokesperson said: “This must have been a very upsetting incident for the dog’s owner. We have since inspected the fence line along the path by the railway, between Ravensbourne and Beckenham Hill, and have found no holes or faults.

You can view the petition here: https://www.gopetition.com/petitions/petition-of-protest-to-network-rail-about-the-amount-of-dogs-killed-on-their-tracks-at-beckenham-place-park.html