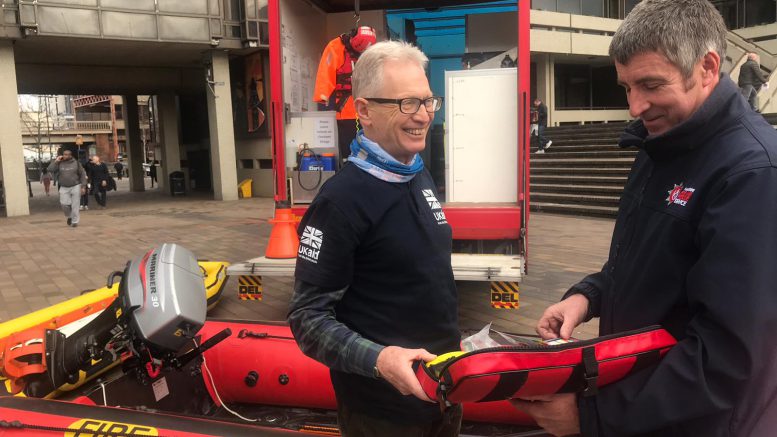 A long-serving humanitarian and aid worker from Beckenham has been awarded an OBE in the New Year Honours List for his services to the public and international humanitarian sectors.

Jack Jones has worked around the world helping to support those most in need following some of the worst humanitarian crisis in recent times.

He was involved in the reconstruction of Iraq following wars in the country, in both 2003 and 2014. Whilst in northern Iraq in 2014 Jack saw first-hand the destruction caused by Daesh and worked to help rebuild the lives of the Yazidi people.

After finding out he had been given an Order of the British Empire award, Jack said: “This is a totally unexpected honour, recognising the important work that DFID does at the cutting edge of tackling the world’s cruelties. I have always felt privileged to be part of this special organisation, and to have seen first-hand how UK aid is helping the world’s poorest.

“Whilst at DFID I have been fortunate enough to have responded to some of the world’s most serious crises, including in Iraq, both following the war in 2003, and following horrendous atrocities committed by Daesh against the Yazidi people in 2014. I also responded to Bosnia in the 1990s, and during my time at DFID it has remained clear that whilst the nature of crises has evolved, delivering humanitarian aid safely and quickly is just as important now as it was then.”

International Development Secretary, Alok Sharma, added: “It is fantastic to see so many international development workers receiving honours for their tireless work supporting people in developing countries. Congratulations to all of them.”