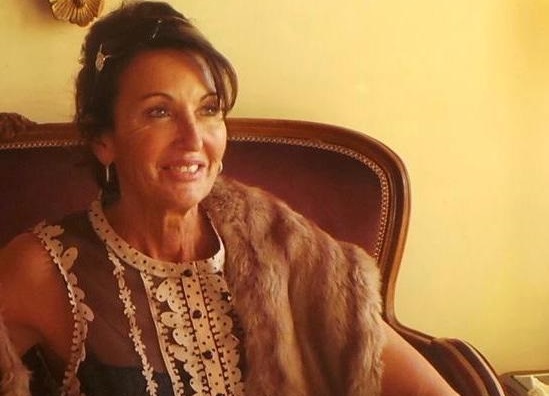 A man who killed his girlfriend at her Beckenham flat – in what has been described as a “frenzied attack” which left her with more than 70 injuries – has been jailed for life.

David McCorkell, 54, was sentenced at the Old Bailey on Wednesday December 12 to life imprisonment and must serve a minimum of 21 and a half years. On Monday, November 18 he had previously pleaded guilty to the murder of 61-year-old Diane Dyer.

The court heard how McCorkell and Diane met about three months before the murder, while she was out walking her dog. She had struck up friendship with McCorkell and then subsequently a relationship.

Diane lived in an apartment in Fairline Court, Oakwood Avenue in Beckenham, that McCorkell visited on an almost daily basis.

Friends began to be concerned about the impact McCorkell was having on Diane and noticed she had become withdrawn and painfully thin. Diane had complained of the way McCorkell was treating her on the days before he killed her.

On Thursday, July 18, a neighbour heard the sounds of a disturbance coming from her flat and could hear a man shouting who seemed very angry. He could also hear a woman screaming and what seemed to be the sounds of her being struck repeatedly.

A little later, a friend of Diane’s called at her flat. A man she didn’t recognise answered the door covered in blood. He told her that Diane was not there and that he was having a bad day having had a fight with a drug dealer. He left the house whilst the friend was outside saying that he was going to get Diane. Whilst sure something was wrong, she decided to give it until the next day to report it to police.

Another friend of Diane’s ended up calling the police after becoming concerned following repeated attempts to call her. She went to the flat and noticed the curtains had not been drawn and could see through the window that furniture had been moved, so called the police.

Emergency services received a call at 11pm on July 18 to attend Diane’s home and at 11.04pm police forced entry into the flat and found her in the bedroom.

She had been beaten in a frenzied attack and was pronounced dead at the scene. A post-mortem examination found Diane had sustained 71 injuries in total and there was evidence of older bruising to her body.

The injuries appeared to have been inflicted by Diane being repeatedly punched and stamped on. The post-mortem examination also found evidence of neck compression and Diane had, quite literally, been strangled and beaten to death.

McCorkell was quickly identified as a suspect and police received information that he had been staying with a friend, who he told he had smothered his girlfriend with a pillow after she had upset him over his mother’s grave.

He was finally arrested in Highbury Hill on July 23, 2019 and on arrest was found with a kitchen-style knife. When interviewed he told officers that it wasn’t murder and protested that he loved Diane.

Detective chief inspector, Mark Cranwell, said: “The murder scene at the flat was truly horrendous and this was one of the most brutal killings I have ever had to deal with. Diane Dyer was a mother and grandmother, who was described as vulnerable, but she was murdered where she should have been safe; her own home.

“Her family have been left distraught by the terrible way Diane was taken from them.

“I have no doubt McCorkell exploited Diane for his own evil ends. This man has a history of violence and was on life-licence for a violent robbery at the time of the murder. If ever a man needs to be locked away to protect the public, it his him.

“Lastly it is my fear that there are other women like Diane who are vulnerable and being exploited by predators like McCorkell. I would implore anyone who knows someone who may be at risk from a violent partner to call police. Your call will give you peace of mind and might just save a life.”

Diane’s husband, Les Dyer, added: “Diane and I were married for nearly 41 years and separated amicably three years ago. We had two amazing children and two beautiful grandchildren together.

“Diane was loved by many people and would always help anyone in need. She was attractive, petite, fragile and sometimes vulnerable.

“My family have been devastated by Diane’s murder. My grandchildren now know murderers exist whilst still believing in Father Christmas. This cannot be right. Diane should still be here now, about to enjoy Christmas with her loved ones.

“On behalf of my family, I would like to mention the homicide team led by DCI Mark Cranwell. We are eternally grateful for the immense efforts you all put in to the investigation. The support from you all, especially the family liaison officer, helped us navigate through this extremely difficult and emotional time.”