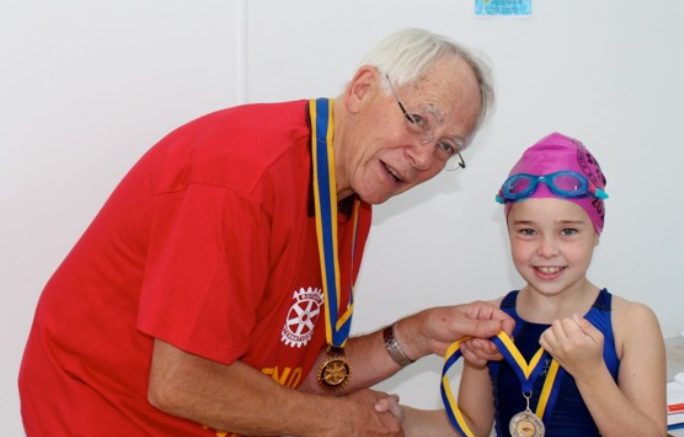 A total of 27 enthusiastic swimmers recently took part in a fundraising event organised by Rotary Beckenham to raise money for the charity Fighting Poverty in Zambia.

The Swimalong, which took place at West Wickham Leisure Centre on Sunday, 8 October, involved a host of community organisations including local schools, churches and sports clubs.

The aim was for the cumulative distance swum by all the participants to reach a half marathon (21,000 metres) in three hours. On the day the swimmers smashed this target swimming 85 per cent of a full marathon in just two and a half hours.

The Swimalong has raised nearly £1,500 so far for the charity, which is linked to Bromley and Sheppards Colleges. The money will fund a rabbit breeding project to improve the diet and reduce the poverty in Tikondane, in Zambia’s Eastern Province.

Rotary spokesperson, Peter Braithwaite, said: “Rotary Beckenham would like to thank Park Langley Club and Sponge Kitchens for sponsoring the event, West Wickham Leisure Centre for giving free use of the swimming lanes and Prima Donnas which provided coffee for the team.”

Fighting Poverty in Zambia was established in 2009 with the aim of assisting rural communities in the country through a range of sustainable long-term projects.