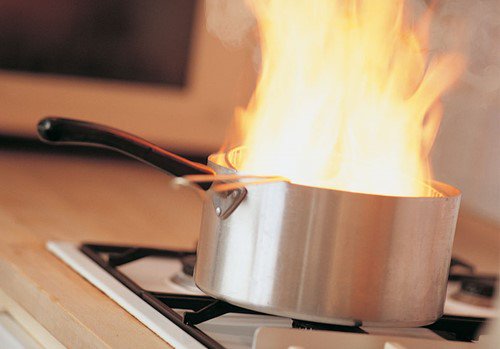 Firefighters are warning of the dangers of leaving cooking unattended following a maisonette fire in Beckenham.

Part of a maisonette on the first floor of a semi-detached house on Lennard Road was damaged by fire last month, which is believed to have been caused by cooking which was left unattended.

Four men and six women left the building before the fire brigade arrived. One man was treated on scene by London Ambulance Service crews after suffering from smoke inhalation. Three fire engines and around 15 firefighters from Beckenham, Forest Hill and Woodside fire stations attended the scene.

Sub officer, Shane Samways, who was at the scene, said: “We were called to a fire that had spread out of control when cooking was left unattended.

“On arrival, firefighters wearing breathing apparatus led one man to safety as he was trying to extinguish the fire.

“Never leave cooking unattended on the cooker or hob. But if an accident does happen, don’t try to tackle the fire yourself.  As soon as you become aware of a fire in your property, get out, stay out, close the door behind you and call 999.