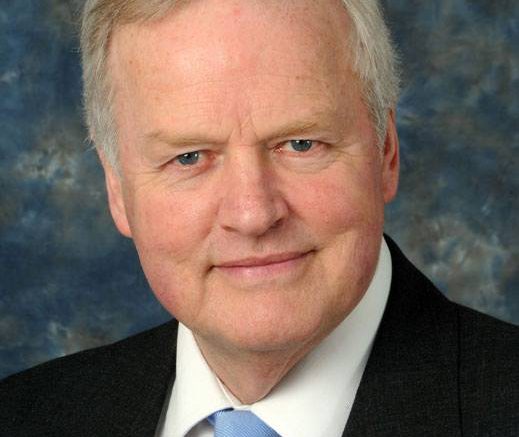 Beckenham MP Bob Stewart yesterday admitted he was wrong for voting against gay marriage and has now called for same-sex couples to be allowed marry in church.

Speaking in the House of Commons on what was International Day Against Homophobia, Transphobia and Biphobia, Bob Stewart MP said: “I voted against the equal marriage Act, and I was wrong. I was wrong, because I have seen the joy that it has given to so many people. The established church of our country should follow what this house has decided, and gay people should be allowed to marry in church.”

Stewart, a former army colonel, also added: “May I point out that one of the Guards battalions in the Second World War was widely recognised as being full of gay men and it was reckoned to be the bravest and most steadfast battalion of the Guards.”

This marks a huge shift from the views he expressed back in 2012 when he stated: “To me marriage is a sacrament and, by definition, religion and tradition, a union between a man and a woman. As such, I view marriage, whether organised simply by the state or a combination of church, temple, mosque and state, to be different to civil partnerships and special in a unique way.

“On a point of principle I have informed the government that, should there be a vote in the House of Commons asking MPs to vote in favour of so-called gay marriages I will not support the idea.”

Stewart’s comments yesterday received cheers from the house. Peter Kyle, Labour MP for Hove, said: “There was a wonderful moment of drama, humanity and emotion in our debate, and it came from Bob Stewart. Being a gay man, I am partial to a bit of drama and emotion, and it came from the most unexpected source today.

“He admitted that he had got it wrong in the past, which is a brave thing for any politician to stand up and say. He did a second brave thing by standing up and saying not only that he got it wrong last time, but that he wants a big positive change in the future. That means he has learned from the past. That is an attribute for which we are all very grateful.”