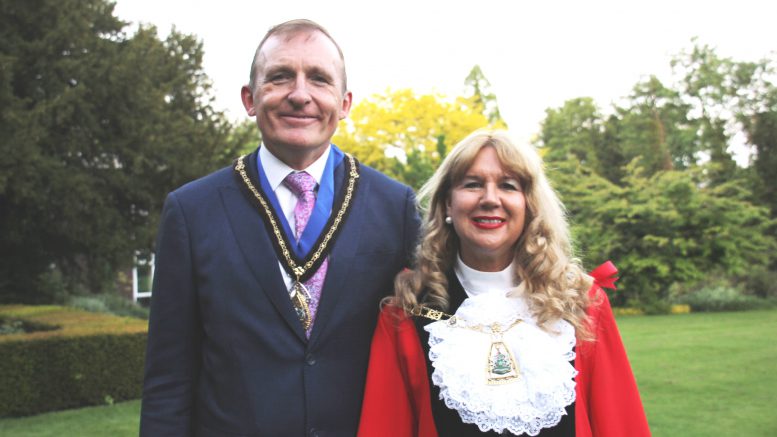 Councillor Kim Botting of Orpington Ward was elected Mayor of Bromley for 2018-19 at the annual meeting of the council last Wednesday.

As one of her first mayoral duties she appointed Councillor David Cartwright of Mottingham and Chislehurst North Ward as Deputy Mayor.

Botting, who has taken over from last year’s Mayor, Kathy Bance MBE, said: “I am delighted to accept the honour of being appointed as the Mayor of Bromley.  The charities I have chosen to support in my mayoral year are the Royal British Legion Poppy Appeal and Bromley, Lewisham and Greenwich Mind.

“It is an honour to serve as Mayor for a second time and as part of this, I am looking forward to meeting as many residents across the borough as possible and to working hard to create as much awareness and support for my charities as I can.”

Councillor Colin Smith has been returned as the leader of the Council and he has re-appointed six Conservative members to the Executive, the council’s key decision making body.

Cllr Smith said: “On behalf of all the members of the council I would like to congratulate councillor Kim Botting on her well-deserved appointment as Mayor and wish her the very best of good fortune over the coming civic year. We look forward to working with her team in support of all the excellent work it performs for her chosen charities.”

The allocated portfolio responsibilities for 2018-19 are: