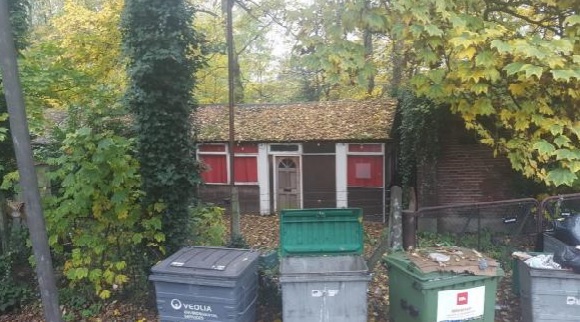 An old dilapidated community hall in Beckenham could be turned into a three-storey apartment block comprising of nine new flats according to plans submitted to Bromley Council.

The Crusader Hall site, which is located behind the High Street and can be reached via the alleyway between Miso Noodle Bar and Card Factory, is currently unused and in a poor state.

Under the proposals, the club house would be demolished and redeveloped into a new residential block of two one-bedroom and seven two-bedroom apartments together with the provision of cycle, refuse/recycling storage, amenity space and associated pedestrian access.

The developers, Architects Plus, originally planned to build 12 two-bedroom flats but this has been scaled back following issues relating to unit size and parking provisions.

In its Design and Access Statement, Architects Plus said: “The design of the proposal has been re-evaluated to reflect the reduced number of units proposed. The units, whilst one and two bedroom, are also a mix of two, three or four persons which will allow a wider range of occupants with differing requirements.

“We feel this will better serve the needs of the immediate community to give a mixed range of accommodation given the site’s proximity to local schools and the types of existing dwellings in the immediate surroundings.”