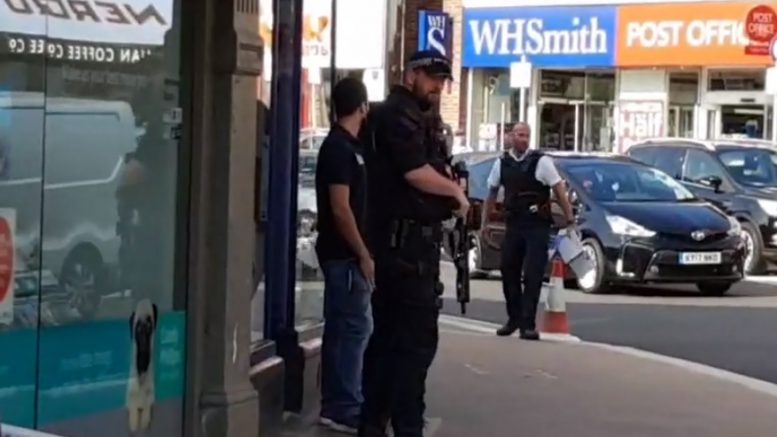 Two men arrested for an armed robbery at Carphone Warehouse on Beckenham High Street last week have been charged.

Vickson Chukwudi Agada, 27, of Perry Hill, and Ifedapo Balogun, 26, of no fixed address, were both charged with robbery and being in possession of an imitation firearm.

On Friday, August 31, police were called to commercial premises following reports of an armed robbery in progress.

Specialist firearms officers as well as a police helicopter and the London Ambulance Service attended the incident. The two suspects ran from the store in different directions and officers pursued the pair of them.

One of the suspects left two bags on Fairfield road with one bag containing what was thought to be a firearm. There were no injuries reported.

Agada and Balogun appeared at Bromley Magistrates’ Court in custody on Monday, September 4 and will next appear at Croydon Crown Court on Monday, October 1.