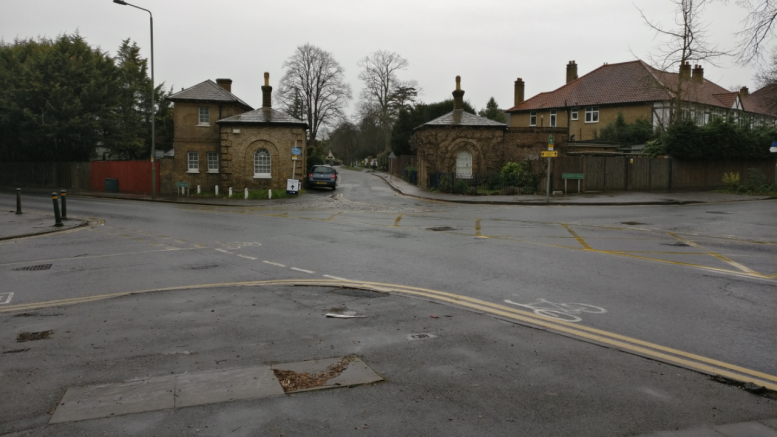 Local councillors are looking to improve road safety at a busy Beckenham Junction and have set out proposals for the installation of a new roundabout to combat growing safety concerns.

The Conservative Copers Cope ward councillors have announced plans – which will shortly be out for public consultation – to address road safety issues around the junction of Foxgrove Road, Park Road, Southend Road and Beckenham Place Park.

The proposals would see a mini-roundabout installed at the junction, similar to the one currently in place at the Brackley Road / Southend Road junction.

According to the councillors, in order to make the scheme practical, Park Road will need to be closed at this junction.

A letter to local residents outlining the plans stated: “This [the closure of Park Road] is partially due to the complexity of the junction, but also the limited space available at the junction to effect the proposed changes.

“A similar closure of Lawn Road at its junction with Copers Cope Road has, for similar reasons, proved very effective.

“The alteration of this junction will have several positive safety effects. By closing off Park Road it will eliminate the grave danger to traffic emerging from Park Road into Southend Road at that point. The changes to this junction will make the process of emergence from Beckenham Place Park and Foxgrove Roads onto Southend Road much safer as well as making the junction generally safer for cyclists and public service vehicles that use it.

“This proposed change in the junction layout will also greatly reduce average speeds of traffic on Southend Road at this point and by its closure improve safety in Park Road which it currently recognised as having a very high average speed of through traffic.”

However, despite agreeing that road safety needs to be addressed, some local residents are not convinced by the plans. Writing on Facebook, one such resident, Sarah Ingram, said: “This proposal has a disastrous effect on the children’s safety on Brackley Road crossing for Worsley Bridge with yet more traffic being sent down there with the closure of Park Road.”

Laura added: “With Brackley Road being the nearest alternative, the traffic will have a detrimental impact with it already reducing to a single lane during school drop off/pick up times. Personally I often use the Foxgrove Road junction and I find that it’s the traffic coming in and out of Beckenham Place Park that causes the confusion.”

Fellow resident, Anna, said: “The mini roundabout on Copers Cope Road doesn’t deter people from speeding. People will always speed along these roads, regardless of parked cars, pedestrians and schools.”

What are your views on the proposed mini-roundabout at the busy junction? Email your views to info@newsinbeckenham.co.uk

3 Comments on "Plans unveiled for mini-roundabout at busy junction"