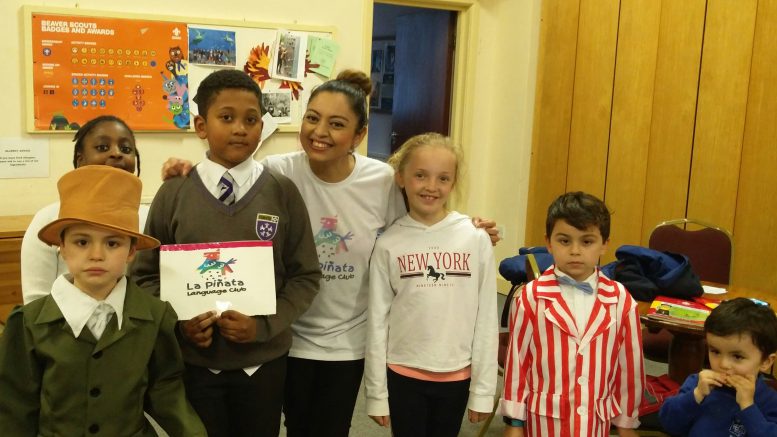 A Beckenham-based Spanish activity club for kids has been announced as a finalist in a national children’s awards.

La Pinata Language Club, which provides extracurricular Spanish classes to local children, was announced as a finalist in the Club Hub 2019 Awards – which celebrates the best children’s clubs and classes from across the UK.

The club has made the finals in the ‘Community of the Year’ category, which rewards a person who runs a business that helps its local community. Nominations and votes are made from parents and carers who take their children to these activities each week.

La Pinata teaches Spanish, through the award winning La Jolie Ronde programme, at local primary schools and open centres in and around Beckenham.

Sandra Gomez, who runs La Pinata Language Club, said: “I am thrilled and delighted to have made the finals because teaching Spanish is something I just love to do. It’s also an honour to have been recognised by parents and carers which makes it even more special.

“Learning Spanish or any second language offers a lifetime of opportunities and possibilities and I believe it is essential, if a child is to embrace languages, that any language experience becomes an enjoyable part of their life.

“My classes centre around learning Spanish through enjoyable fun activities such as songs, therefore the children are much more relaxed, to see my pupils making such excellent progress and to see them chatting in Spanish, so confidently, is a real bonus.”

The winner will be announced at an awards ceremony in London on May 11.