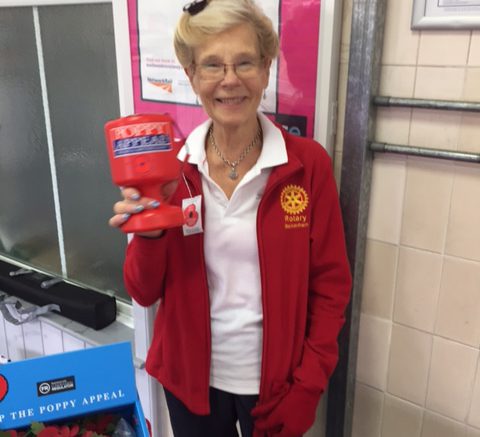 The Beckenham Rotary Club, which organises the annual Royal British Legion Poppy Appeal in Beckenham, has collected a record sum from local residents.

With a few more collection boxes and donations to be counted, £34,500 has been raised already. Despite the record number of donations, one collection tin was stolen from the Odeon cinema.

The Poppy Appeal is a six-week operation involving the distribution of poppy trays to over 360 sites in the last week of October and their retrieval together with collection tins after Remembrance Sunday.

Rotary Beckenham is supported by many volunteers during the period, who stand outside in all weathers to provide the poppies and other commemorative products to the public.

Rotary Beckenham have supported the Poppy Appeal for the past 14 years and have run it entirely for the past four.