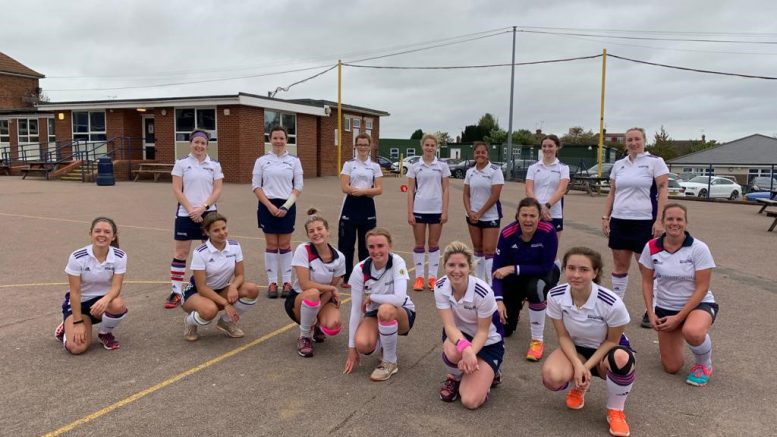 Despite rather a strange and stop-start season so far, for obvious reasons, Bromley and Beckenham Hockey Club feel extremely lucky to have been able to get some hockey in, including a handful of league games.

Heavy recruitment throughout the club over the summer months and the emergence of several juniors has led to excellent availability and competition for places in the ladies’ section.

So much so that before Lockdown 2.0 hit, we were looking to field some friendlies for a 6th team in addition to our five teams who currently play in leagues starting with the 1st XI in the EH Women’s Hockey League Conference East through to the 5s in Kent Division 5.

The increase in numbers has translated into some excellent results with all five teams currently sitting in the top four of their respective leagues.

The Ladies 3s have been particularly impressive having been promoted to Kent Division 1 at the end of last season and are more than holding their own, being the leading goalscorers in the league with a whopping 24 from six games so far and currently placed 3rd and just three points off of the top.

Whilst we haven’t been able to continue with league hockey since the start of November, we’ve made the most of being able to train and play some intraclub games over the past couple of weeks, which there’s been an enormous appetite for. We’re not sure when / if league hockey will return at present with the current Tier restrictions affecting this at the moment but when it does then we will be ready!