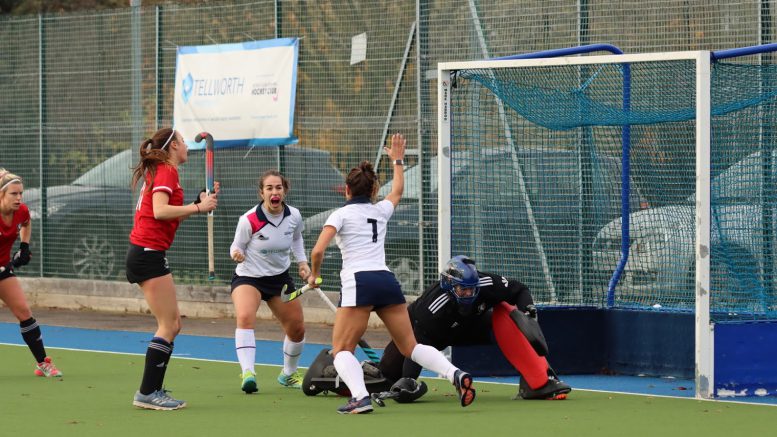 As we head towards the Christmas break, Bromley and Beckenham Ladies section is thriving, with excellent availability across the board leading to a positive first half of the season.

The 1st XI continue to more than hold their own in their first season back in the Investec Womens Hockey League Conference East. Currently sitting in fifth place they’re just four points behind the leaders and five points ahead of the sixth placed team.

After a couple of disappointing draws that felt like losses due to the dominance the team showed in games against Horsham and Canterbury, they will be looking to bounce back and capitalise on their last two games before Christmas and hope for six points to take them in to the break in a positive manner.

An ever changing team for the 2nd XI has proved challenging and has led to a couple of narrow defeats that has seen them drop from the top half of the table in to ninth but with just three points separating them and the fifth placed team, a couple of wins that they deserve would catapult them back to the top half and ready to push on in January.

Whilst different players are standing up to be counted each week, Nat Smithson and Jas Hoad, two U18 players, have been particularly consistent and it’s great to see the juniors continuing to thrive alongside excellent support from the adults.

Not to be outdone, one of the more ‘experienced’ players in the 3s, Chris Gameson, a defender, scored all three goals for the 3rd XI’s victory against local rivals New Beccs, with Drew Kearns netting a brace the following week in a 2-1 victory over Blackheath. This puts them in second place, which the 4th XI are currently matching in their league.

The 5th XI are one step ahead and topping the table, scoring an average of over four goals a game! In a team that is largely comprised of juniors, it was particularly impressive to see 13-year-old Jemma Carr bagging her first senior hat-trick against Burnt Ash. The future is certainly bright!

Finally, the over 35s made a strong start to their National Cup campaign with a 2-0 victory at home to Jersey. Newly qualified ‘vet’, Jill Chalmers, scored both goals in a Player of the Match performance.