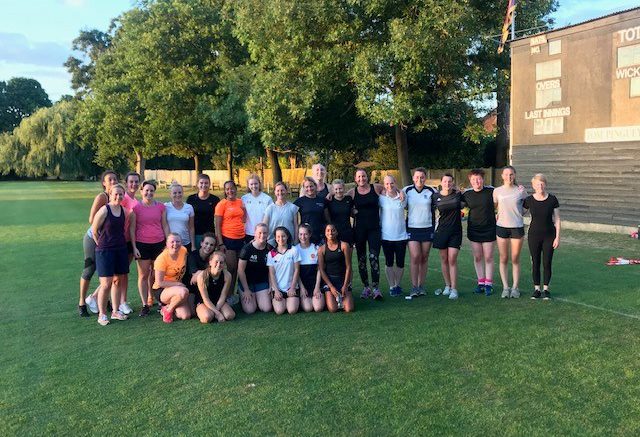 After a couple of months away from much competitive hockey, things are beginning to ramp up in preparation for the 2019-20 season, which will see both the men’s and ladies’ 1s playing National League Hockey for the first time in seven years.

The first ladies pre-season fitness session saw a record number of 27 attendees, which was great to see. This is open to everyone – both existing and potential new players – sessions run every Monday and Wednesday from 7.30pm to 8.45pm at Beckenham Sports Club, Foxgrove Road and are suitable for all fitness levels.

Alongside this, the ‘Back to Hockey’ sessions continue on a Friday evening at Langley Park Girls School and have been well attended with former junior, Rachael Cawker, running these and being impressed with everyone’s enthusiasm and commitment.

Last month saw the ladies hold a memorial day for Jo Bate, a ladies 1s player who tragically passed away during the season. It was a 7-a-side tournament which was attended by teams from Horsham and Brunel University, teams Jo had previously played for, as well as a team from local club New Beccehamians and four teams from BromBeck.

A competitive but fun day saw Horsham beat one of the BromBeck team’s 2-0 in the final to take home the inaugural trophy before everyone headed back to the clubhouse to raise a glass or two to Jo.

Whilst most adults have taken the opportunity to rest their bodies over the last couple of months, the juniors have been busy with several members from both the girls and the boys representing Bromley borough at the London Youth Games, with the boys going on to win the whole thing – a fantastic achievement.

Further success by the boys has been rewarded with three of the U16s, Josh Tikare, Dan Hamilton and Joe Cotton all being selected for the Saxons Tigers in this year’s U15 Futures Cup – an England Hockey pathway for players with high potential. Brilliant stuff by the boys and we wish them all the best of luck.