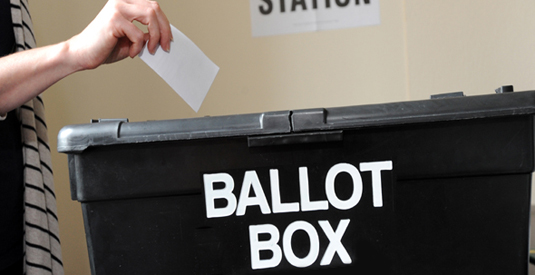 Bromley residents must produce a valid ID in order to vote at the local council elections on May 3, as part of a new pilot.

Voters will be asked to show one form of photographic ID from a list which includes a passport, photo driving licence or Freedom Pass; or two forms of non-photographic ID, such as a bank card, birth certificate, gas/electricity bill or bank statement. One of the non-photographic pieces of ID must contain the voter’s registered address.

The pilot aims to test the effectiveness of requiring ID on tackling voter personation and was prompted by a report from the Electoral Commission which showed that allegations of personation doubled nationally between 2014 and 2016.

Bromley is one of just five councils from across the country taking part in the pilot scheme.

A public awareness campaign will run over the coming weeks and months throughout the borough including information posters around prime locations, and delivered to the borough’s residents, advising the full list of acceptable ID. The list can also be found on the council’s website at www.bromley.gov.uk/VoterID.

Bromley’s head of Electoral Services, Carol Ling, said: “For the trial to be beneficial in helping the Cabinet Office to make a decision about the future of voter ID, we must insist that every voter visiting a polling station produces the required ID in order to vote. So please make sure you check the list. The forms of identification are wide-ranging and have been selected so that most voters should have the more common ones readily available.

“Some residents may choose to apply for a postal vote instead which must be received by 5pm on April 18 to vote this time. Or, for a proxy vote the deadline is 5pm on April 25. In this case the person appointed must produce ID for themselves when they go to their allocated polling station.

“However, should anyone not have any of these forms of identification at all, they will still be able to vote in these elections by applying for a Certificate of Identity. Application forms will be available from March 27, 2018 by downloading from the website, or by contacting the council. Completed applications must be presented in person at the Civic Centre by 5pm on May 2, 2018.

“Although Bromley has never received any specific allegations of electoral fraud, it is extremely exciting that Bromley and its residents are playing such an integral part in helping to ensure the continued integrity of our voting system is upheld to ensure fair representation for voters.”