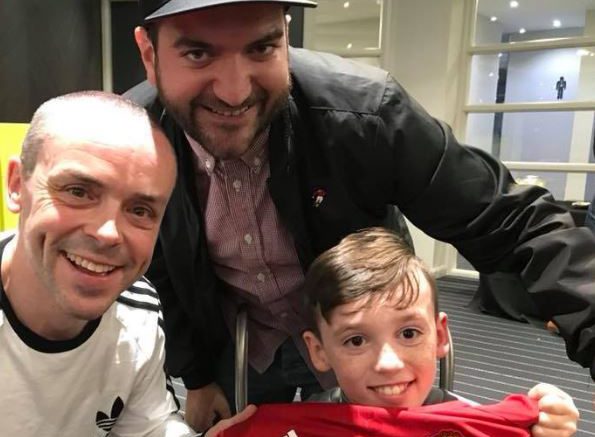 A Beckenham man is holding a charity fundraiser at The Chancery tomorrow (June 1) after being inspired by a young boy with cerebral palsy.

Pete Flannery, 29, has organised a raffle evening at the Bromley Road pub with a range of prizes up for grabs including a weeks’ holiday in Spain and a signed Cristiano Ronaldo shirt.

The event is a prelude to Pete’s Donegal Marathon challenge which he will take part in later this year. He will be running the 26.2 mile course in an effort to raise funds for The Bobath Centre – a charity dedicated to supporting children and their families living with cerebral palsy and similar neurological disorders.

Pete is running the marathon, which takes place on August 19, after being inspired by a young fellow Manchester United fan, Alex Nield, who suffers from the disorder. He is also running in memory of his grandmother, Annie, who sadly passed away in April.

Other raffle prizes up for grabs include £100 cash, a signed Dele Alli England shirt, a personal training package, a pair of football match tickets (the winner will have a choice of Bromley, Crystal Palace, Chelsea or Manchester United), bottles of prosecco and a hairstyling appointment.

The event starts at 8pm and will also include a live DJ. Peter is aiming to raise £2,500 and has so far raised just over £1,100. To donate, visit Pete’s JustGiving page at: https://www.justgiving.com/fundraising/pete-flannery2