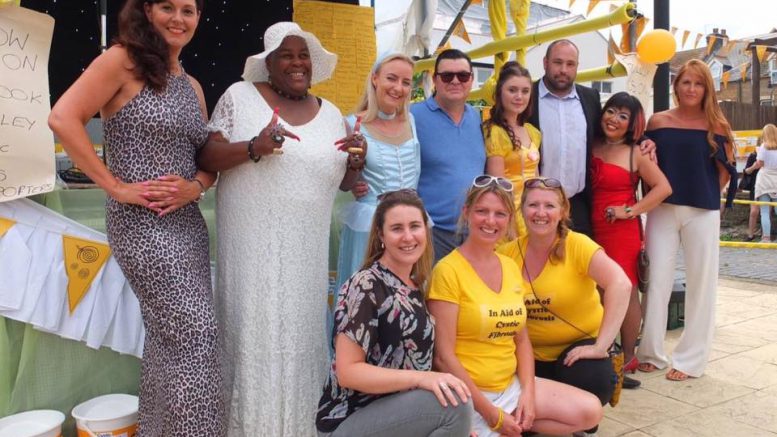 An annual talent contest, which raises money for a local Cystic Fibrosis charity, is on the lookout for performers and sponsors.

Bromley’s Got Talent – an added extra to the original Cystic Fibrosis Funday which began in 2013 – is the brainchild of Lisa Ellams.

Lisa’s nephew, Luca, was diagnosed with Cystic Fibrosis back in 2009. Lisa saw the effect it had on Luca and his mother, Sonia and Luca’s family, and so the two sisters decided to team up do something about it.

As well as raising thousands for Cystic Fibrosis Trust organising Fun Days over the years, Lisa also asked to volunteer in one of the charity’s shops. She was, however, informed that the charity did not have any.

As a result, she decided to set up her own charity, Cystic Fibrosis Supporters, and is looking to raise money to open her own charity shop in the local area.

Bromley’s Got Talent is now in its third year and growing all the time. Last year it raised £3,800 and this year Lisa is targeting a record £7,000.

There are three categories (Under 10s, teenagers and adults) and there will be a celebrity judging panel to score the participants. The celebrity names will be released nearer the time.

On the day there will also be a range of other activities including a raffle, strongest man competition, hog roast and various stalls selling cakes and other treats.

Speaking to News in Beckenham, Lisa said: “This is an inspirational day, to watch so many talented people take to the stage. It’s good entertainment for everyone, with fantastic judges giving up their time whilst raising money and awareness to a very lonely life shortening genetic disease. We hope to see you there to enjoy the day.”

The free-to-attend event will take place on July 14 at Club Langley on Hawksbrook Lane, Beckenham.

The talent show costs just £10 to enter and those who wish to show off their skills need only donate £10 via the JustGiving page (https://www.justgiving.com/crowdfunding/lisa-ellams-1?utm_id=92&utm_term=BRZevdq2P) and in the comments state their name, contact number and what their talent is.