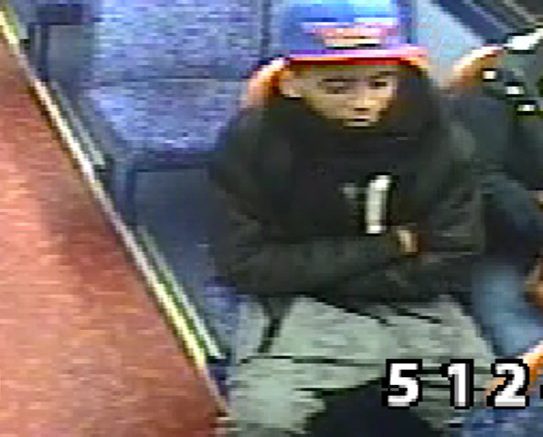 Detectives investigating a sexual assault on a bus in Beckenham have released an image of a male they wish to speak to in connection to the attack.

The incident occurred on Tuesday, 12 December 2017, at approximately 7.15am, on the 54 bus heading towards Lewisham.

The victim, a 25-year-old woman, sat on the upper deck of the virtually empty bus. A stop later, the suspect boarded and sat directly next to her. He began to engage her in unwanted conversation.

The suspect then put his arms around her and grabbed her breast. The victim pushed the suspect away, ran down the stairs and off the bus.

The suspect is described as a black male, aged between 20 to 25-years-old of slim build. He was wearing a blue baseball cap, dark jacket and scarf around his mouth.

Detectives from the Met’s Roads and Transport Command (RTPC) are investigating.

Police Constable Jay Thorn, who is investigating the assault, said: “This has left the victim feeling violated and now anxious to use public transport.

“I would urge anyone who recognises the man wanted for questioning to contact us as soon as possible.”

To give information anonymously contact Crimestoppers on 0800 555 111 or visit http://www.crimstoppers-uk.org you can tweet @MetCC with any information.

There have so far been no arrests and enquiries are ongoing.