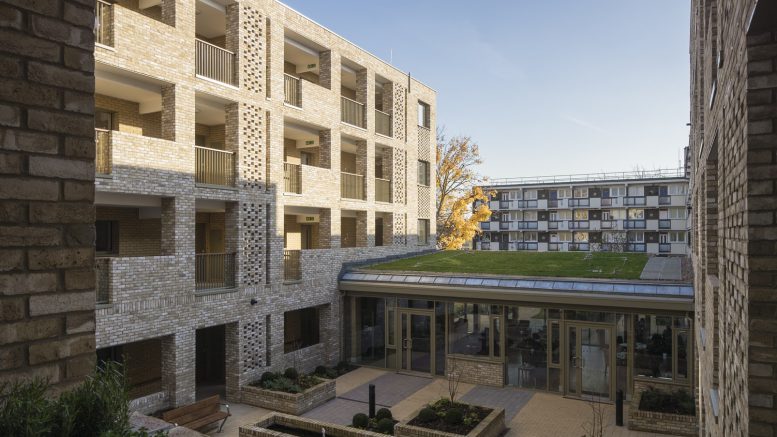 A housing development consisting of 60 new care homes located close to Beckenham Hill station has been shortlisted for a prestigious national architectural award.

Hazelhurst Court, a Phoenix Community Housing development which was completed in November 2017 and designed by architects Levitt Bernstein, has been shortlisted in the Royal Institute of British Architects (RIBA) London Awards. The RIBA Awards are recognised as an international mark of excellence in architecture and building design.

Resident-led housing association Phoenix welcomed the first residents to Hazelhurst Court in late 2017. The new homes were built with funding contributions from the Mayor of London and Lewisham Council.

A total of 93 buildings across the capital have been shortlisted for the RIBA London Regional Awards this year. All shortlisted buildings will now be assessed by a regional jury with the winning buildings announced at an awards ceremony on Tuesday, May 15.

Beryl Goodhew, a resident at Hazelhurst Court said: “I never expected my new home to be as lovely as it is. I don’t think they got anything wrong when they built this, they did more than I thought they could do. It’s so beautiful. My friends have all told me how lucky I am, and how they wish they were moving in too.”

Jim Ripley, Phoenix chief executive, commented: “We’re absolutely delighted that Hazelhurst Court – Phoenix’s first residential development – has been recognised by the RIBA. It’s a fantastic scheme, truly designed with the needs of our community in mind, that has set a high design standard for Phoenix as we build more homes in the community.”

Irene Craik, director of Levitt Bernstein, added: “It’s thrilling that the RIBA has shortlisted Hazelhurst Court as an exemplary new building, particularly as it provides 100 per cent affordable homes for local older people. This accolade is testament to the commitment of ourselves and Phoenix to make the most of every millimetre and create a high quality environment that is so important for the residents’ physical and mental wellbeing.”

1 Comment on "Care home development up for architecture award"