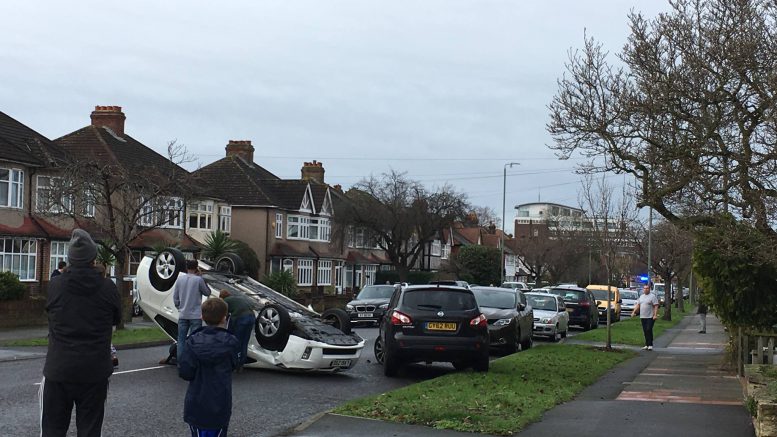 The driver of a vehicle which overturned and was left lying on its roof was taken to hospital following a car crash in Beckenham last weekend.

Police were called at around 11.25am on Sunday 17 December to reports of a road traffic collision involving two cars in Eden Park Avenue.

Officers and the London Ambulance Service attended the scene and found one of the vehicles had overturned and was lying on its roof. The driver of the vehicle was taken to hospital but his injuries are not believed to be life-threatening.

No arrests have been made at this stage according to police.