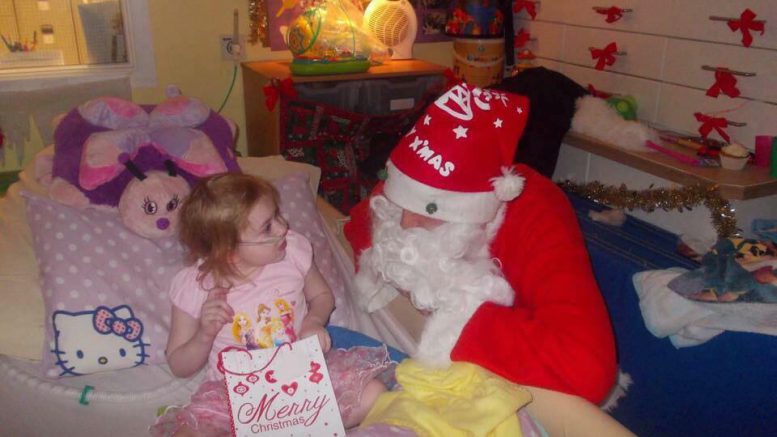 A Beckenham mum, whose daughter tragically died from an incurable lung condition at the age of six, is raising money for the hospice who looked after her.

In December 2013, the family of six year old Lucy Baker were told that she only had weeks to live. She had been in Great Ormond Street Hospital (GOSH) since October after suffering from a combination of joint pains, lethargy and respiratory issues.

In December 2013 Lucy’s condition deteriorated and she was moved to Demelza Children’s Hospice in Eltham. Lucy remained at the hospice for four months before sadly passing away in her sleep.

Lynn told News in Beckenham: “I want to give something back to Demelza. They opened their doors at Christmas to me and my family. They left their families to come and look after Lucy. I didn’t expect to make Christmas with Lucy and they gave us special memories I will treasure forever.

“When we moved from the hospital to Demelza, not knowing how long Lucy would survive or what to expect, it was a great relief to receive support and gentle guidance at the hospice.

“I remember a feeling of being able to breathe for the first time in days, every member of staff made us feel that we were not facing this alone. The whole family were also able to spend time together at the hospice, which was especially comforting for Lucy’s 16 year old sister Emily.”

“Coming home from Demelza a week after she died was hard. This time I came home from Demelza with an empty wheelchair. That was tough. Lucy loved her pink wheelchair. The physical signs of Lucy’s presence are gradually disappearing but even bigger than that is the emptiness. In the blink of an eye, I lost my child and I also lost everything that revolved around keeping her alive for six years.

“I will continue to fundraise for Demelza Children’s Hospice in my daughter’s memory. Without them I wouldn’t be who I am today I will always be grateful to them.”

Lynn will also be holding an auction which starts on Wednesday 11th December for a week with a variety of donated prizes on offer.